Have you noticed how often on news programmes they refer to “carnage on the roads” when talking about roads filled with abandoned vehicles or a couple of dented cars?

Drives me nuts. Carnage to me conjures up pictures of bloody battlefields, piles of corpses, mass slaughter and the like.

Is it part of our living language that the use of the word is changing or just sloppy use of English? Why not chaos on the roads?

We walked to Iceland this morning – the shop not the country – and stocked up a bit. It’s about a four mile round trip.

We went via the seafront which was bitingly cold as you would expect.

I only took a couple of photos. The two lighthouses are known as the Leading Lights. In days of old mariners would line up the two lights one above the other and know they were on the safe passage into the harbour. 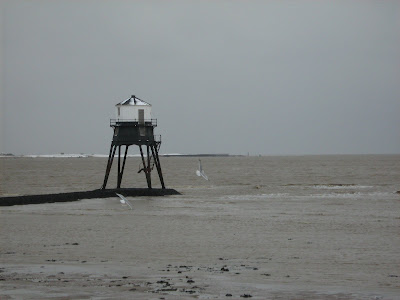 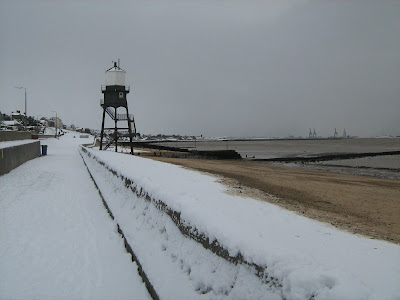 You can see the black sky in the east. It’s brought more snow. Thank you sky, that’s just what we needed, more flipping snow.

And snow on the beach, you don’t see that very often.

It was nice watching people sledging down the slopes on everything from carrier bags to inflatable mattresses. Teenage girls wrapped in bin bags, bald men with red heads and no hats and kids having so much fun, but no I wasn’t tempted to join them.