After the heartache of the last two and a half years losing first Tilly, then Indy, I said I could never go through that again. No more dogs. I also said that about cats after Sammy died, then of course we got Fizz. 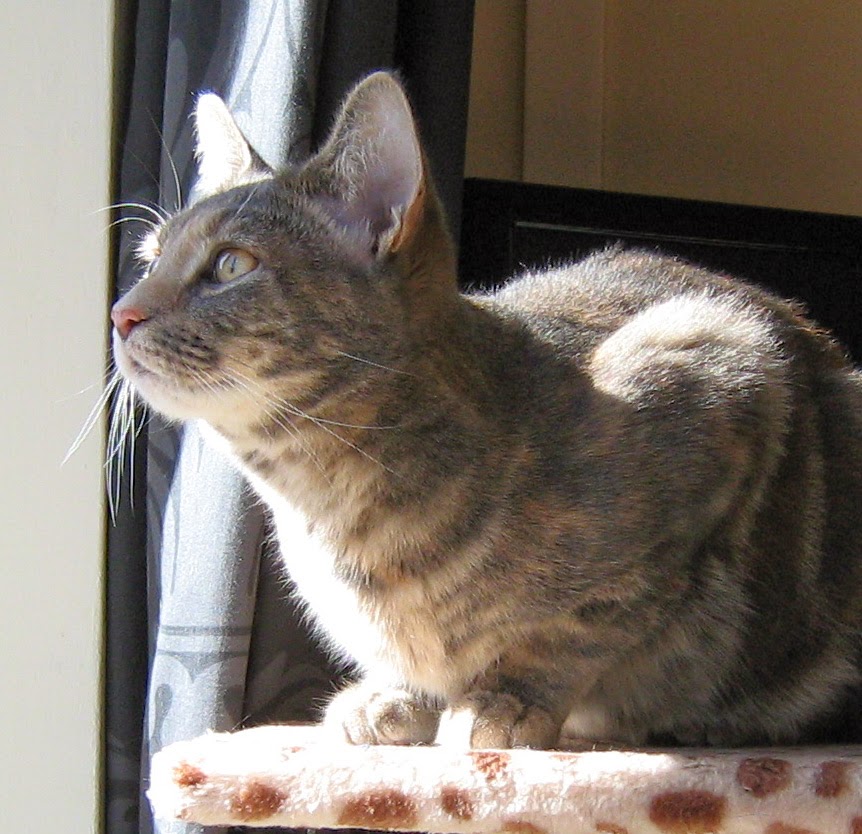 Followed by Harley - who doesn't really have daffs growing out of her head! 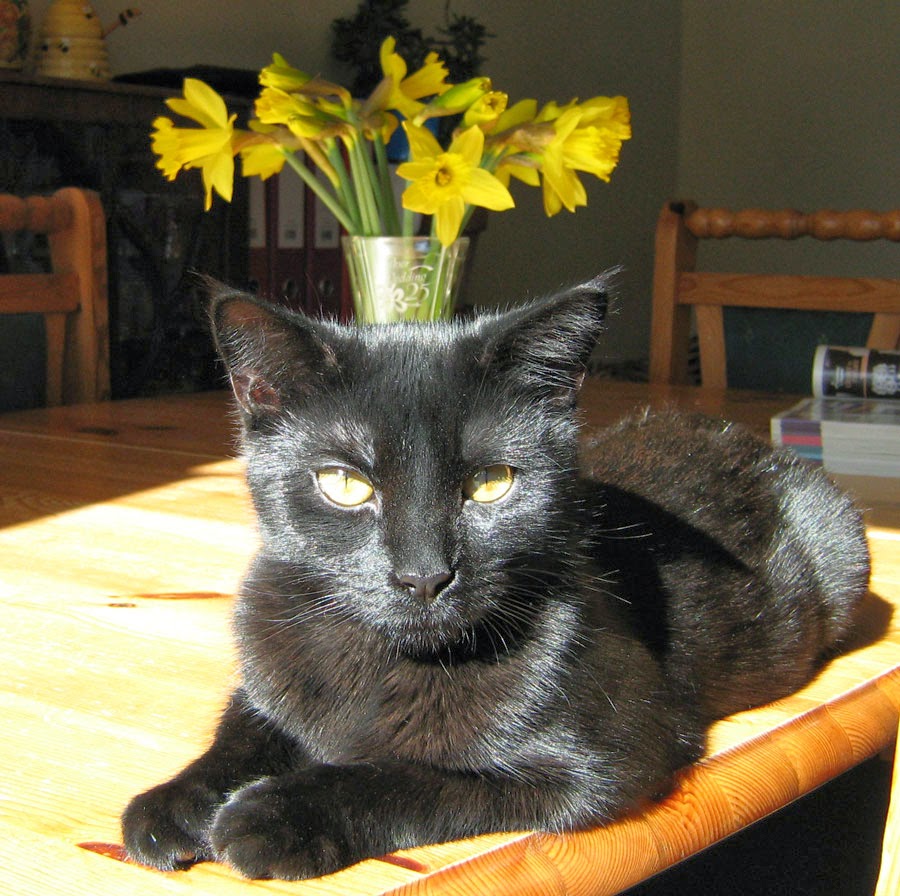 And at first I thought they'd never get along, but now they're the best of friends and Harley adores her big sister. 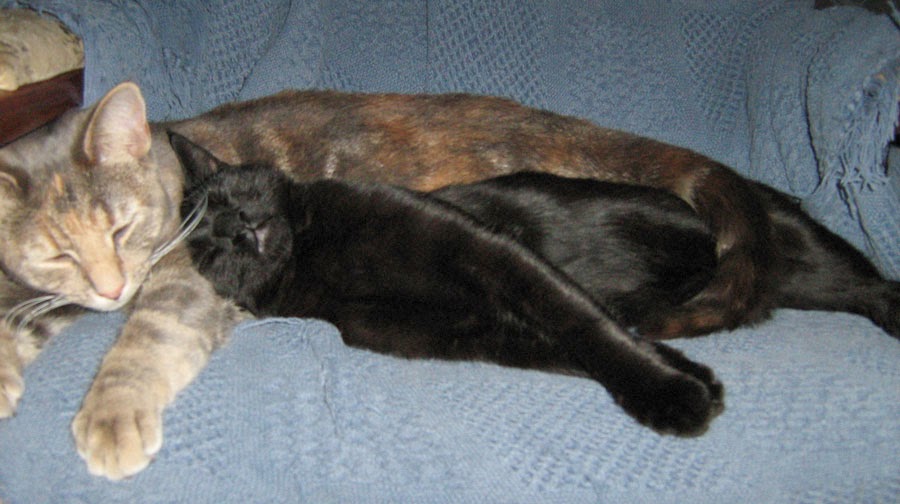 Then a week ago today I saw the pup, Dusty. He’s black and white like Sweep, our first springer and the reason I fell in love with the breed. He has a white smudge on his nose like Indy and a lot of white fur like Tilly. But he's most definitely his own person. We've called him Dusty, but still not sure if he's really a Dusty! 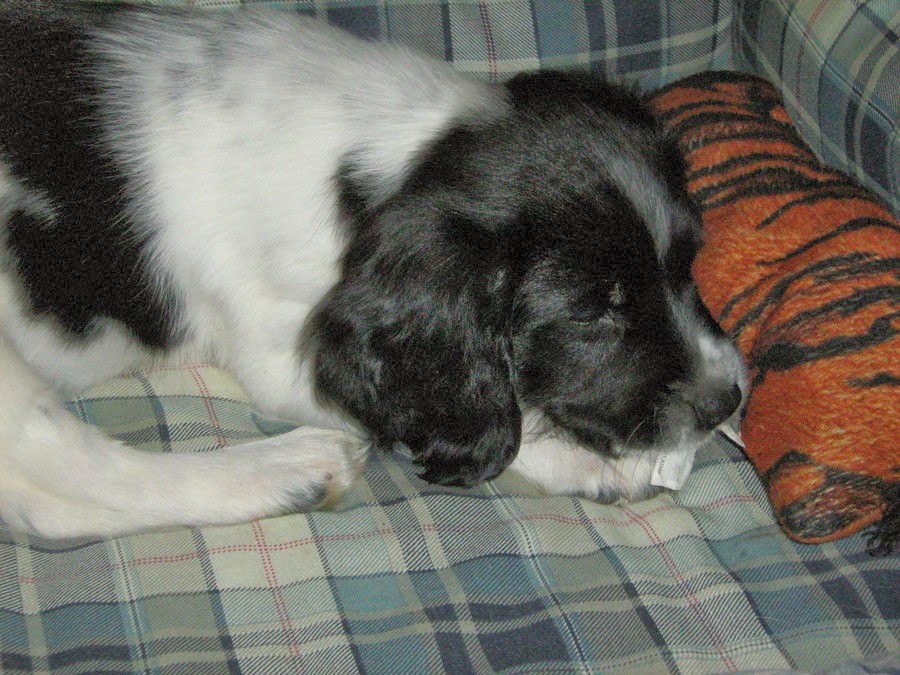 He also has his tail left as nature intended! And his parents – gorgeous, friendly dogs both.

What a difference he’s made. This has been such a sad house for so long, this little bundle has brought so much happiness with him. Even the cats have perked up. They keep well out of his way when he’s having a mad five minutes, but they’ll go to sleep close to him – not close enough to touch mind you – and they’ll rub noses and they're starting to play with him. 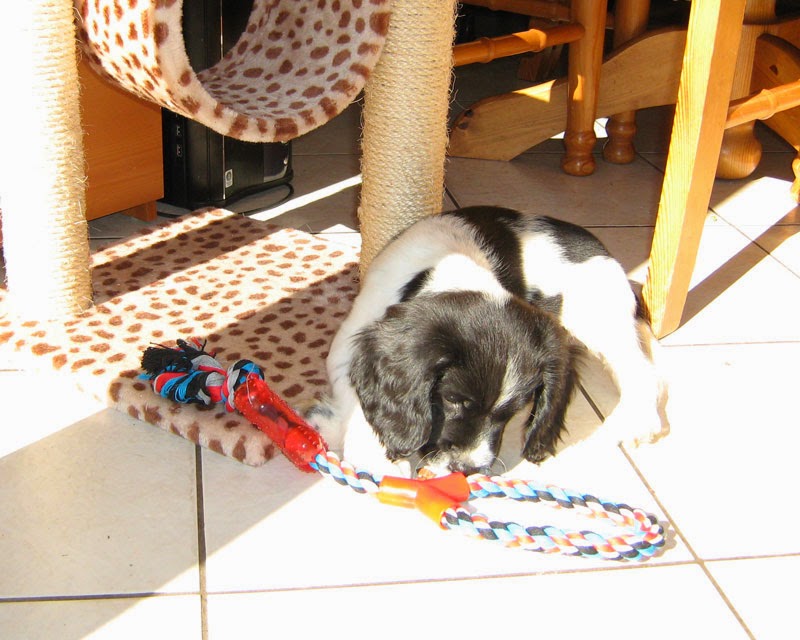 On the day we brought him home, Harley couldn’t believe her eyes! 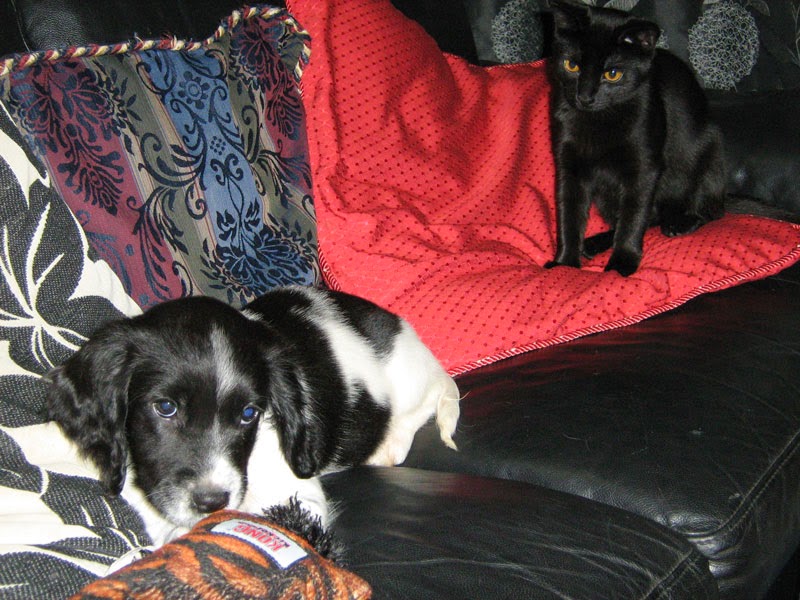 I’m getting by on about 4 hours sleep a night. He’s chewed through the phone wire and a pair of crocs (my fault), not to mention fingers, toes, arms, legs, feet….

I’m not getting anything done, but I haven’t felt as happy as this for a long time.

Harley has started going out in the garden with Fizz now. Nerve wracking, but she’s already bagsed herself a spot in the sun and she’s chased off a cat three times her size! She’s even found herself a favourite spot to use as a loo which I’m delighted about. All my previous cats have come inside to use the litter tray.

We’ve had a worrying couple of weeks with Oakley, my daughter’s dog. My son in law had to rush him to the vet late one night when he kept falling over. His eyes were going crazy too, jerking from side to side at great speed and his head was tilted over to one side. He’s always been in such good health, this all came as a shock.

This is one of my favourite photos of him, taken a few years ago. 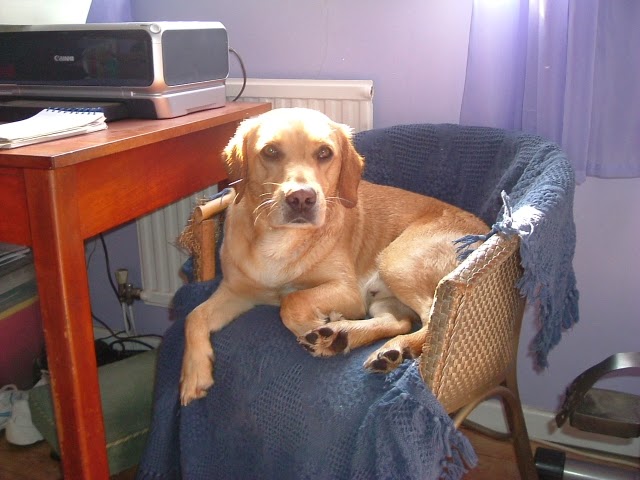 It is vestibular disease which is rather like a stroke, although if you’ve ever had labyrinthitis, it’s more like that.

He’s still so eager to see you and sometimes falls over in his hurry to get to you to say hello.

But yesterday he climbed up on the sofa, then went upstairs! And today when I saw him, his head is almost straight again. So after many tears – feeling hopeful!

No complaints about the March weather so far! It’s been rather lovely hasn’t it? The daffs are out, the birds are singing and despite going outside and wearing themselves out my feline alarm clocks are still waking me up at 5am.

It's all right for some isn't it!?

Just two little giggles from me this month!

Beloved: The cats knocked one of your plants off the windowsill this morning.

Me (looking at line of leafy plants): Which one.

Beloved: The green one.

Next giggle also provided by Beloved, only this time wearing his Grandad hat.

Grandad:  Why have elephants got big ears?

Grandson: I don’t know. Why have elephants got big ears?

Lovely Susan Jane Jones started the monthly giggle blogs – you can read hers here. We gigglers are growing in number – please join us!