After WW2 started, my grandad (Pop) thought Harwich would be a dangerous place for his family – so he moved them to the East End of London. 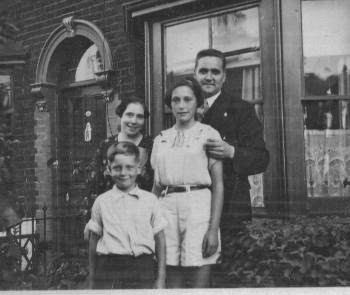 He wasn’t the only one. My husband’s grandad moved his family from here to London too and they were all there during the Blitz.

One day my family came out of the bomb shelter to find their house destroyed so my nana said they were going home. I don’t think she’d wanted to go to London in the first place.

They retrieved what they could and headed for Liverpool Street only to find the station closed. “Where are you going?” a man asked. “Harwich,” my nana said. “You’ll be lucky,” he said. “There’s nothing left of it. The whole town has been flattened.”

Fortunately it wasn’t true. When my mum told me stories about being in London during the Blitz, that was always the part where she’d get emotional – remembering how her mum, a tough little lady in her 30s, had gone to pieces thinking her parents must be dead.

Pop was one of the many who took part in the evacuation of Dunkirk.

I’ve just published Ruth’sWar on Kindle. It was first published as a pocket novel back in 1991 and later by Linford in Large Print. 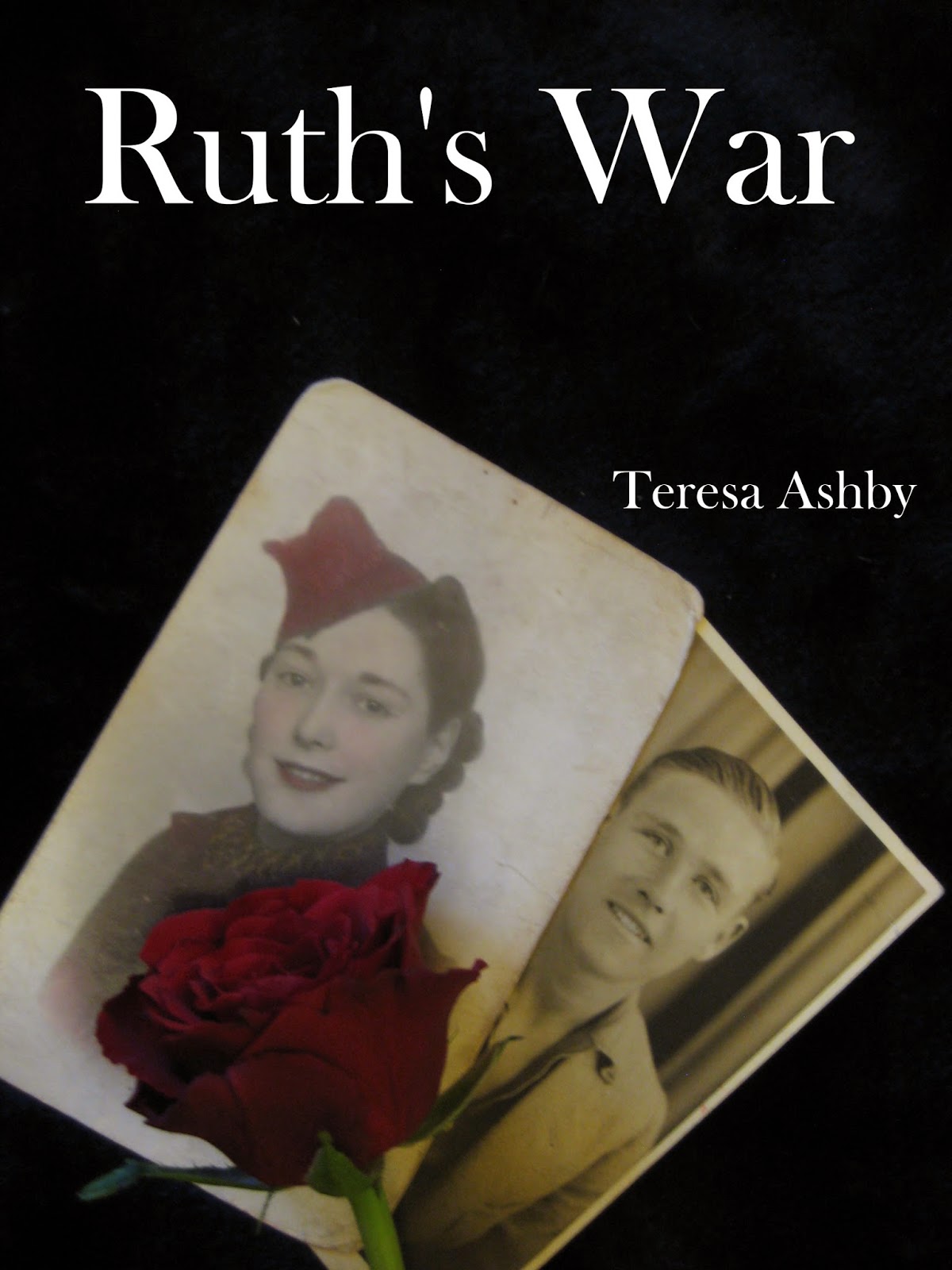 This is not their story, but I have dedicated it to the memory of my parents, my grandparents and my Uncle Frank.

Special thanks to Rob for doing the cover for me! 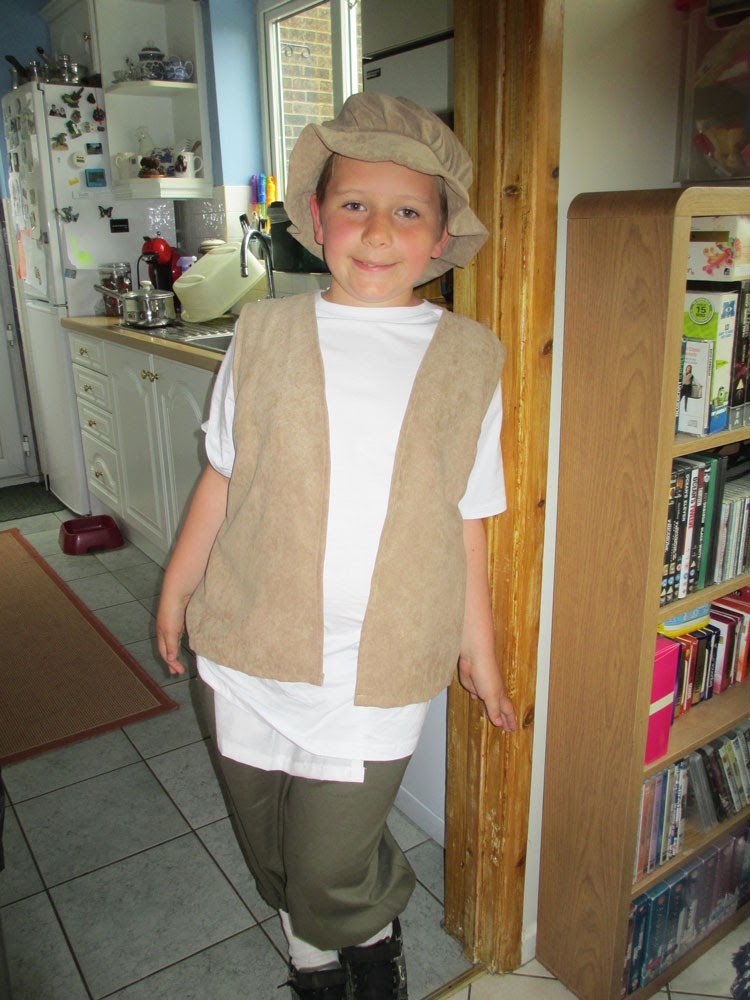 My eldest grandson had to dress up as a Tudor peasant for a school trip to Kentwell Hall where they recreate Tudor life down to the finest detail.

So I set about making his outfit. “What colour doublet would you like?” I asked. “Purple,” he says. So I bought some lovely purple Melton fabric, used one of his vests as a pattern and made him a purple waistcoat.

I was a bit doubtful as to whether a peasant would wear purple I have to admit.

Anyway, No. 1 Grandson came out of school one day and said that Miss had said that only royalty wore purple. So I got some suedette fabric and it made a lovely doublet and matching hat (much nicer than the purple one). I’d already made him a hat to match the hose, but the new one looked so much nicer.

He had to have a little money bag and a white apron too. 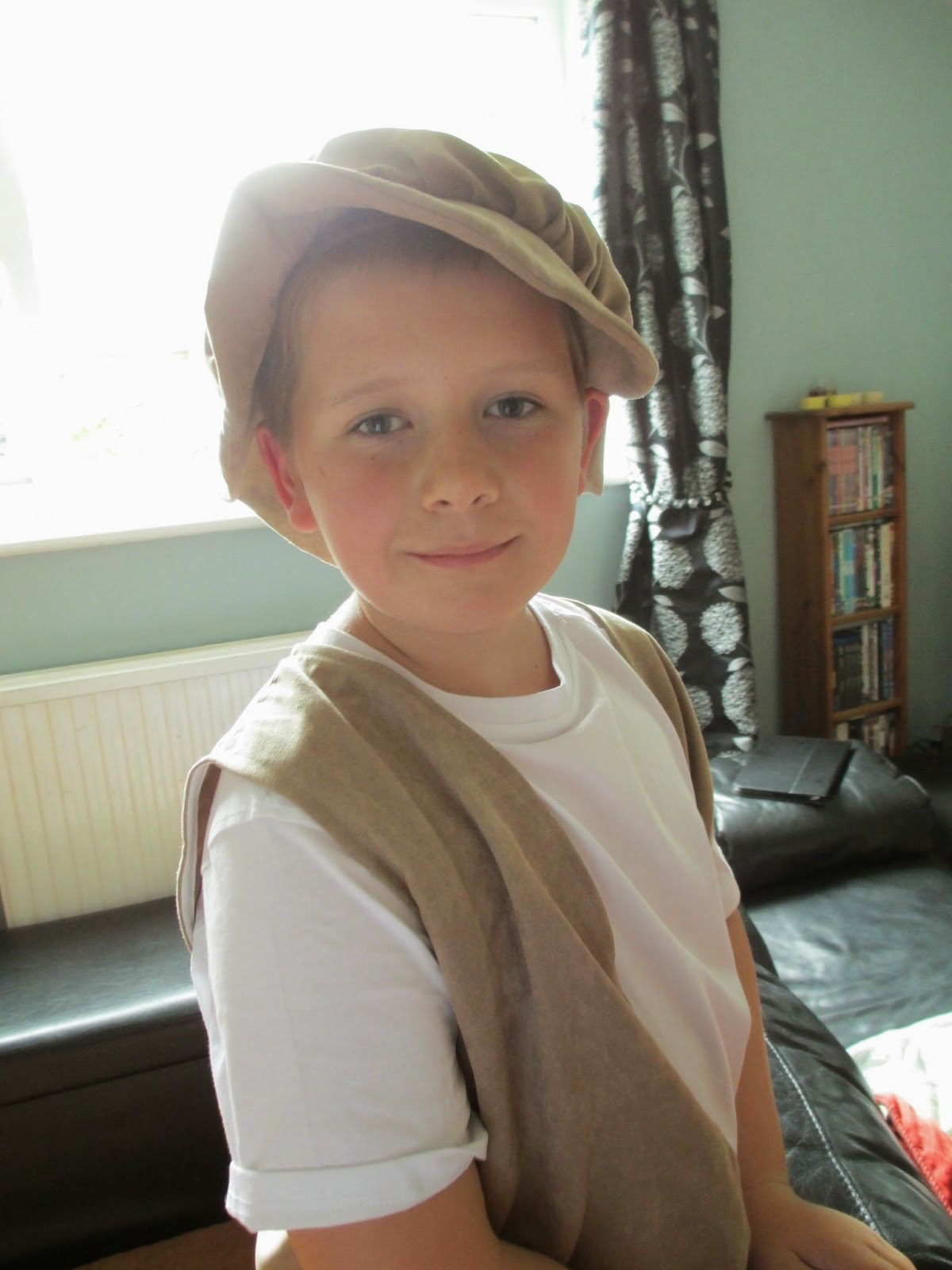 Then I made a hat for his dad who was going along as a helper (didn't get a photo of him modelling it though).

It occurred to me that the peasant hat with a few modifications would make a pretty sunhat so I made one for the Tudor’s little sister (which she is wearing on the June Giggle Blog – she thinks it is wonderful that no one in the world has a hat like hers). I have now made sunhats for all my grandchildren – and my daughter. I have made nine hats so far.

He had a fantastic day. At Kentwell Hall they don’t just have special days for schools – they do them for the public too - find out more here. They also have a Facebook page.

What a lovely way to learn about the past.

Speaking of which, I am going to start a course with Future Learn next week – England in the time of King Richard III. The course is absolutely free and I believe there is still time to sign up. If that doesn’t float your boat, there are lots of other free courses to choose from. Check them out here.

Is anyone else having problems with the Blogger dashboard? It is only showing me one blog update and ignores me when I click on See More. Makes it very difficult to keep up with my favourite blogs!

You Couldn't Make It Up!

It can be very frustrating as a writer to have a story turned down because it’s too unrealistic or unbelievable when you have written about something that really happened.

But they say truth is stranger than fiction.

A few weeks ago I wrote a story after an extraordinary and rather magical encounter. I sent it off thinking it didn’t have a chance, but it was accepted very quickly. I can’t wait for that story to come out as it is very special to me.

But in the last week, two more inexplicable things have happened. One of them I may try to turn into a story, but it really was so implausible I don’t have much hope. If I don’t get anywhere with it, I will have to tell it here because it really needs to be told.

The other one is more of a well fancy that sort of thing.

To keep Dusty from charging about on the marshes, I give him a tennis ball to carry. It means he’s not upsetting the birds and I’m not worrying that he’s going to hurt himself or go too far and get lost. 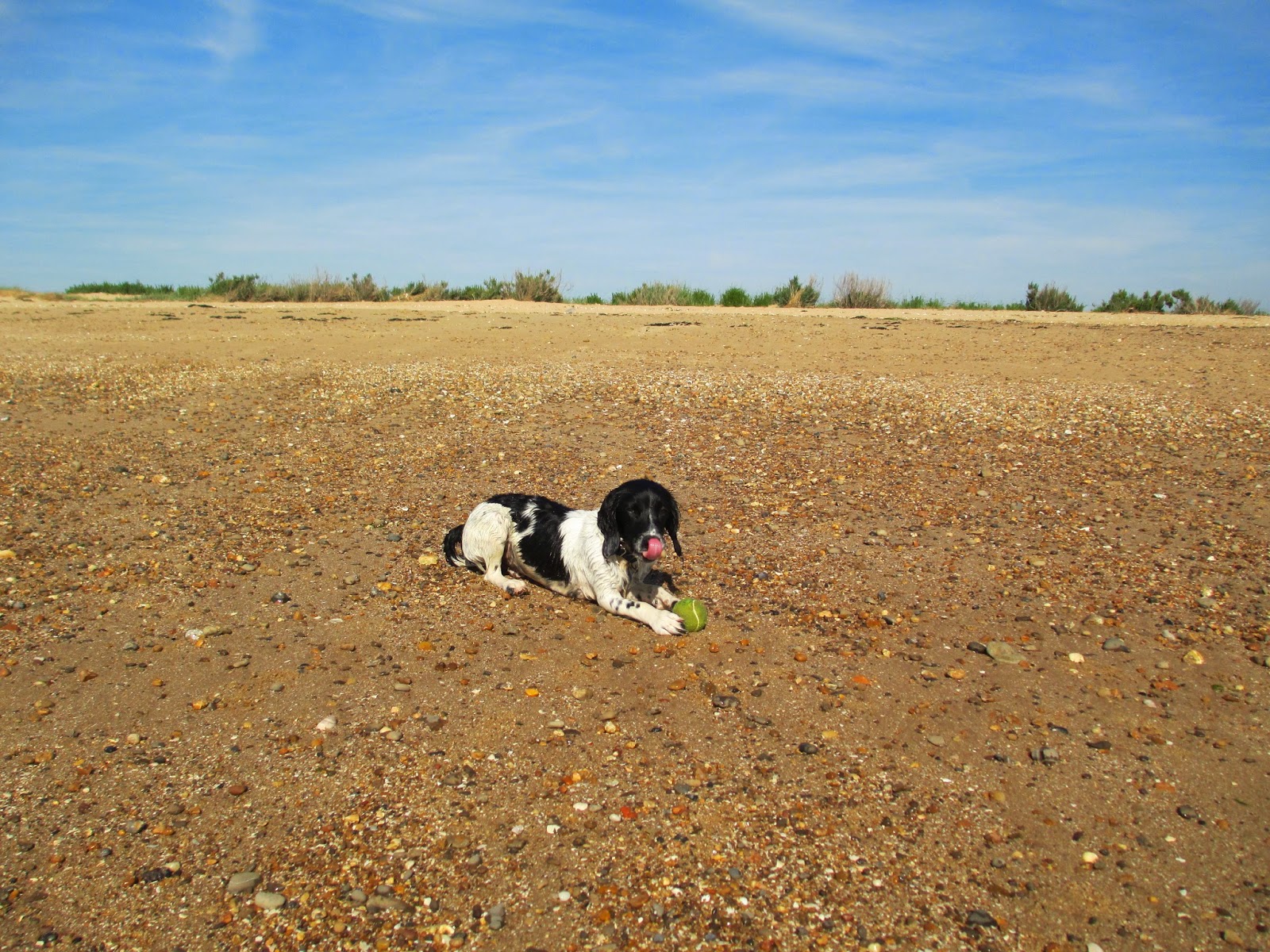 You can see the ball in the first picture; in the other two, it is just out of shot, but that is what he's staring so intently at. 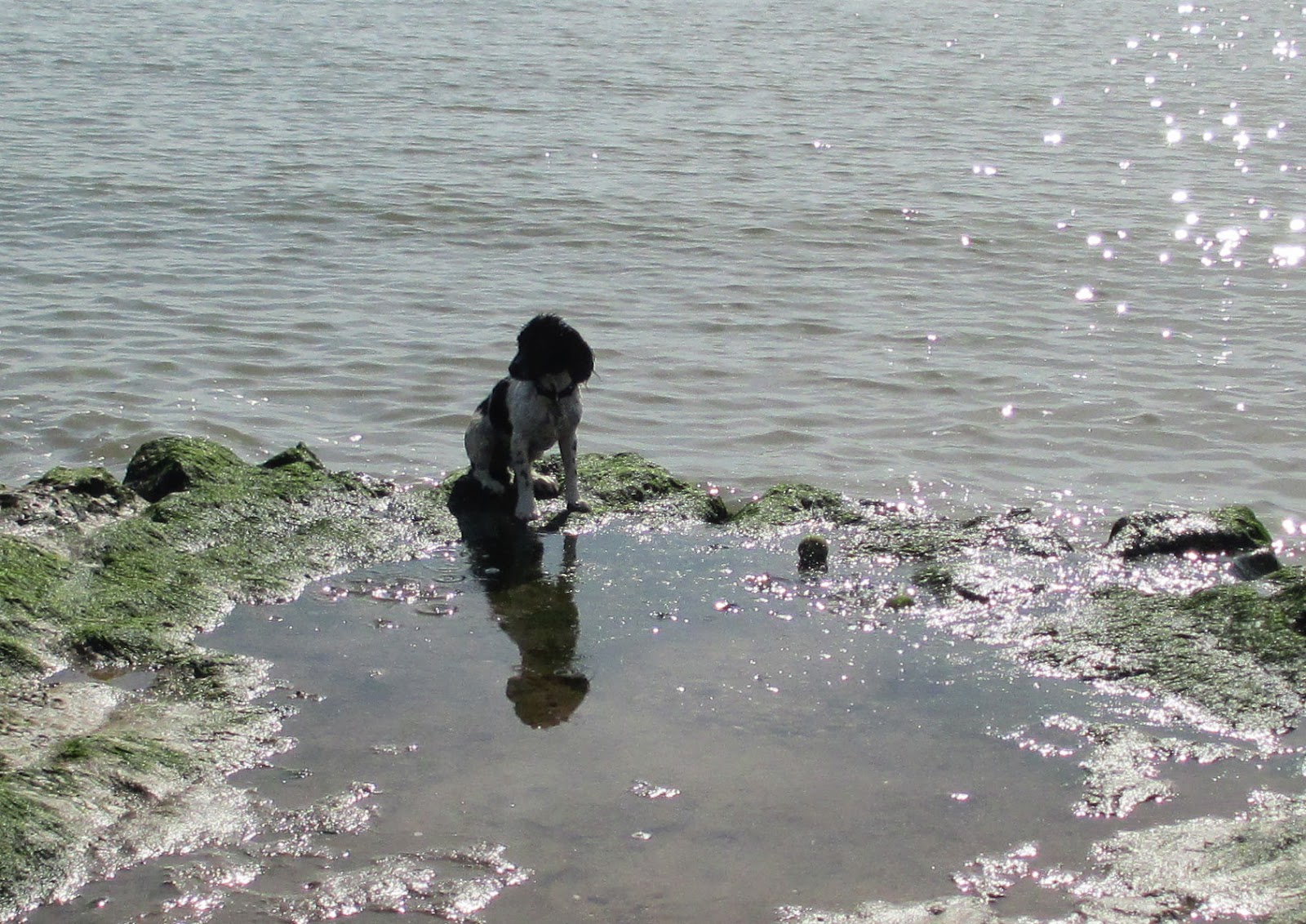 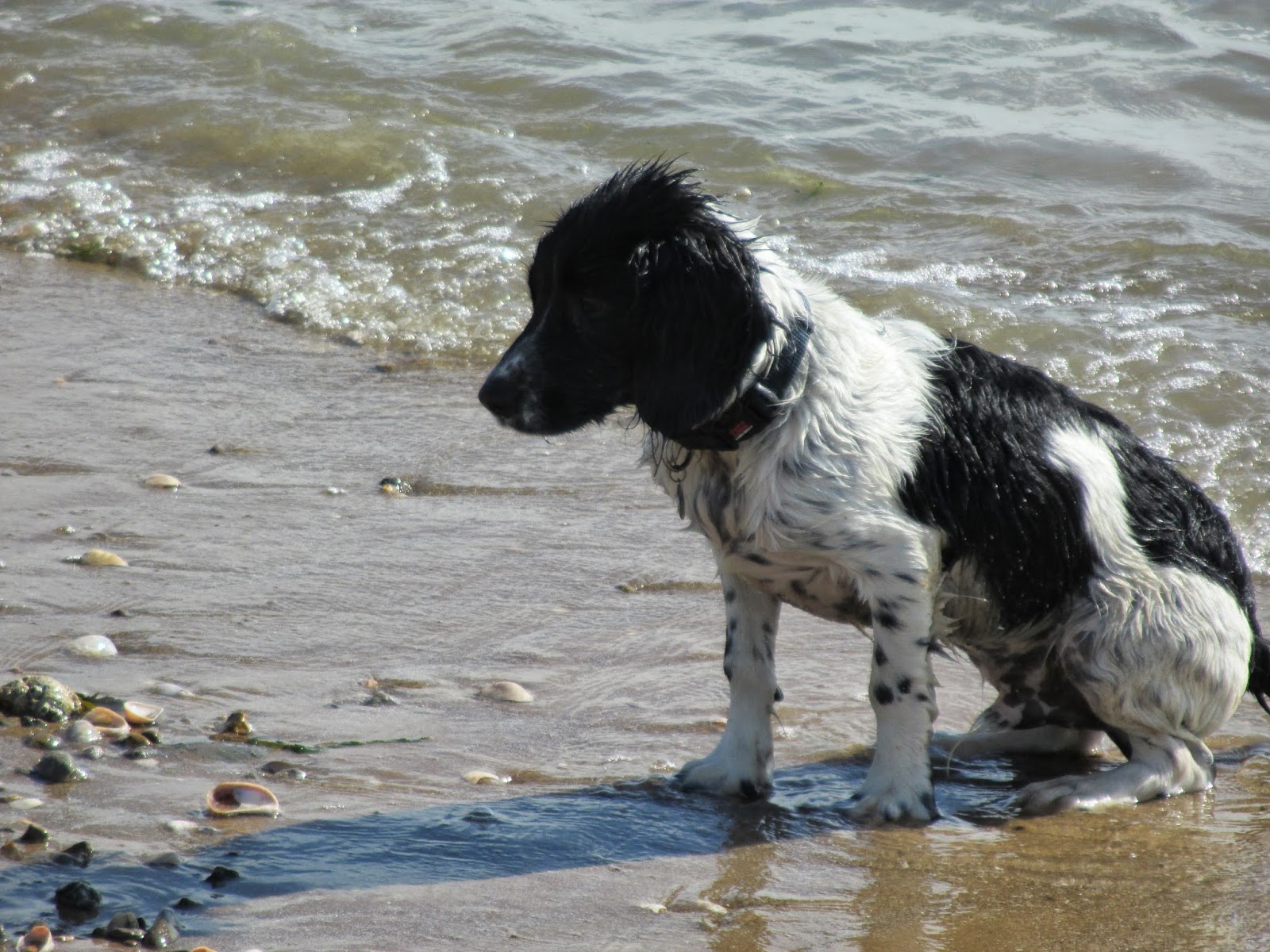 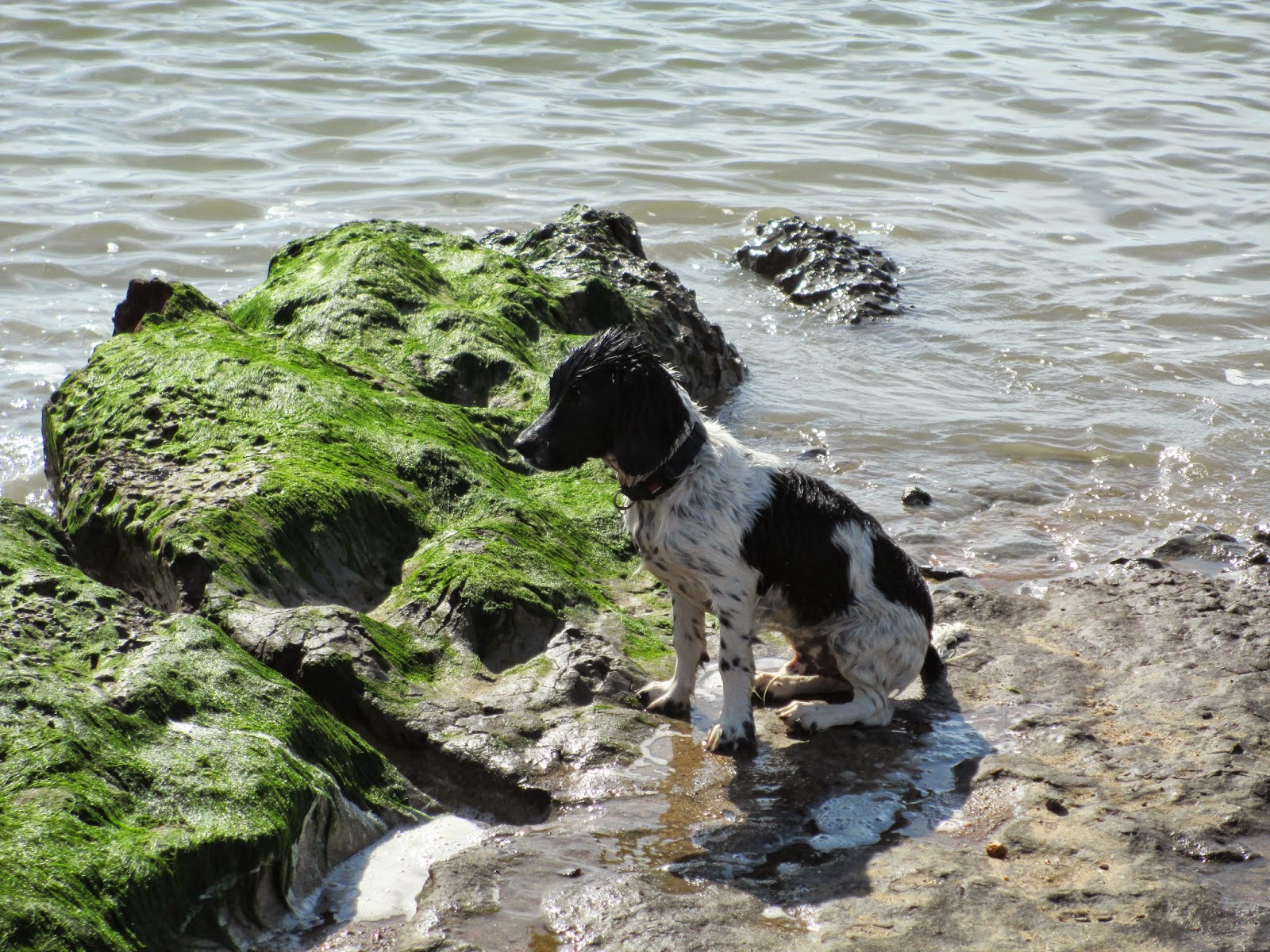 A couple of weeks ago, another dog pinched Dusty’s Wilson tennis ball and ran off with it, so the lady insisted on giving Dusty her dog’s Slazenger ball in exchange.

Then yesterday we were out quite a way along the beach when a friendly border collie came over to say hello. Beautiful dog which put me in mind of Black Bob. Long story short, Dusty did his usual rolling about on his back waving his legs in the air and the collie ended up taking the Slazenger ball. Luckily I carry a spare!

On our way back along the beach, we met a friendly little dog proudly carrying a tennis ball he'd found. I hadn't the heart to say it was Dusty's, besides he was now happily carrying his spare.

Last night we went for a walk round the field, but didn’t go down onto the beach.

It’s been a lovely week hasn’t it. I took this photo of Walton-on-the-Naze on a particularly calm day (one of my grandchildren says it looks like a crocodile). You can see the Naze (Hanoverian) Tower. Interesting place is Walton with a pier, nature reserve and abundance of fossils. I used to cycle over there when I was a teenager to go on the pier! 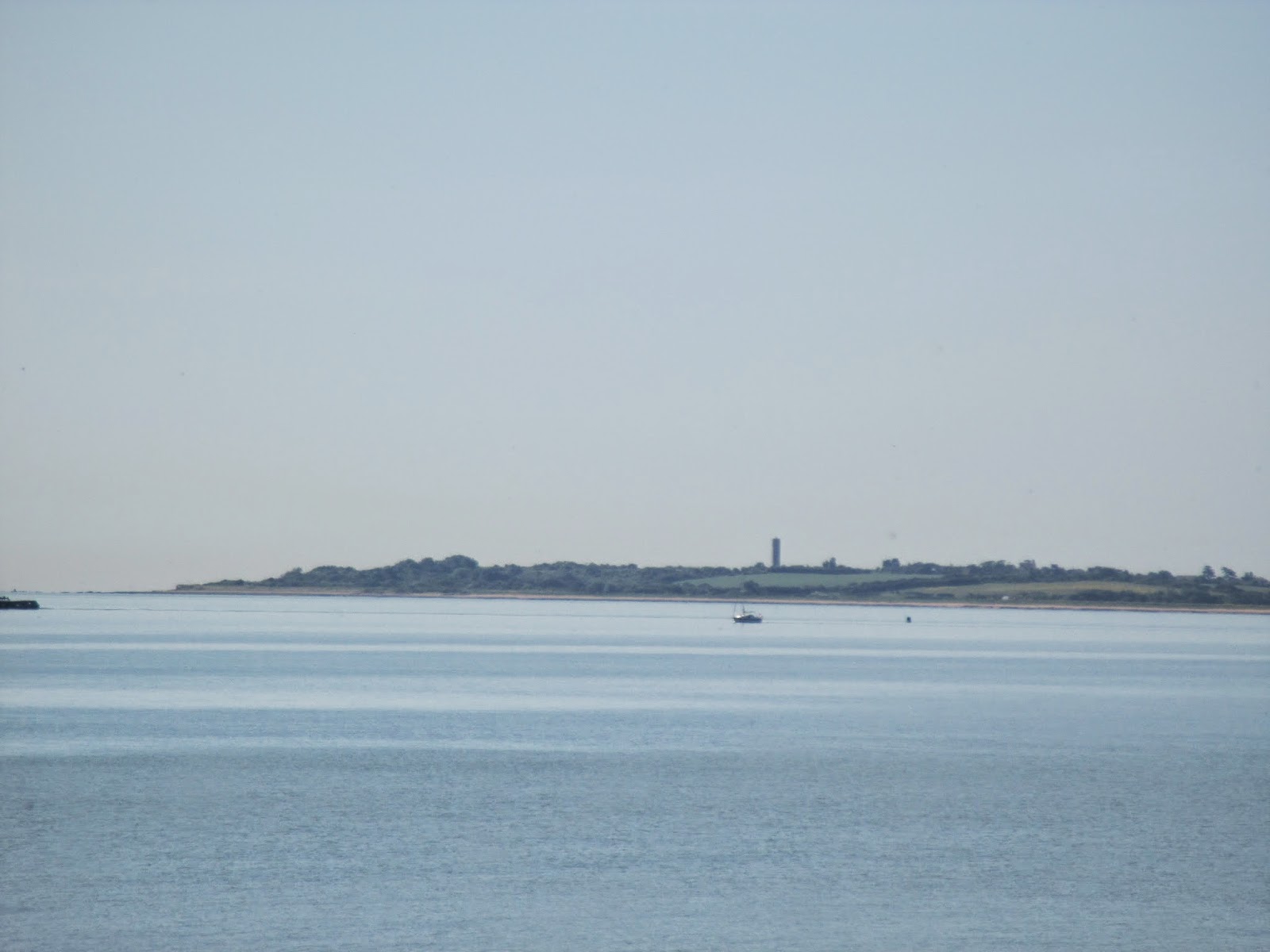 Between here and there is Hamford Water where Arthur Ransome’s Secret Water is set. There is a seal colony where some of the seals are rusty coloured from the iron oxide in the mud - you can see a photo here.

And Walton-on-the-Naze was mentioned in an episode of Blackadder Goes Forth we watched last night.

Life is one long series of coincidences isn’t it?

Saturday morning down at the beach following an early thunderstorm (the horizon isn't really that wonky!). 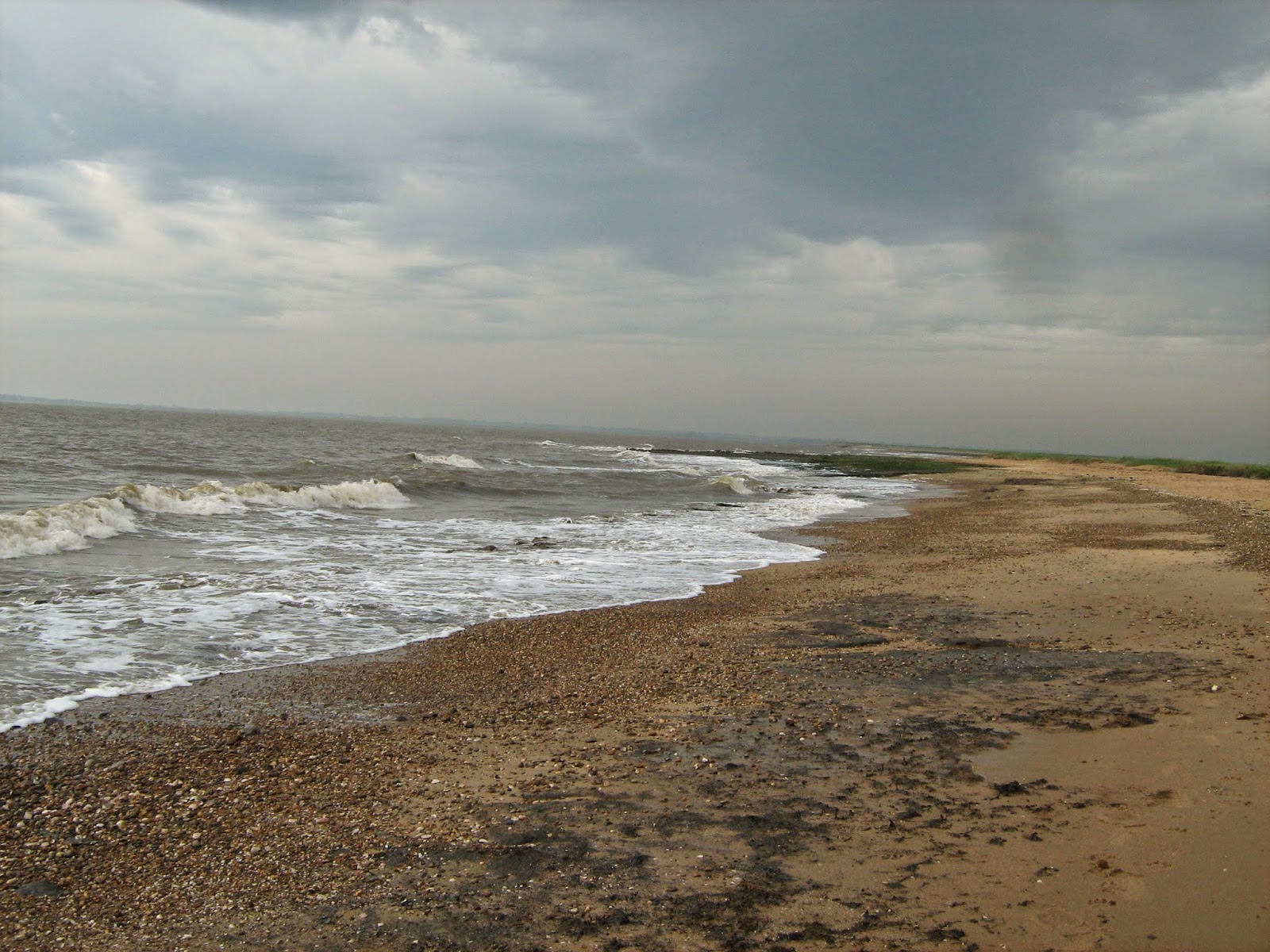 Sunday morning down at the beach. Those green marshes are a maze of creeks. Guess who likes running about on there and jumping in the creeks. No, it isn't me. 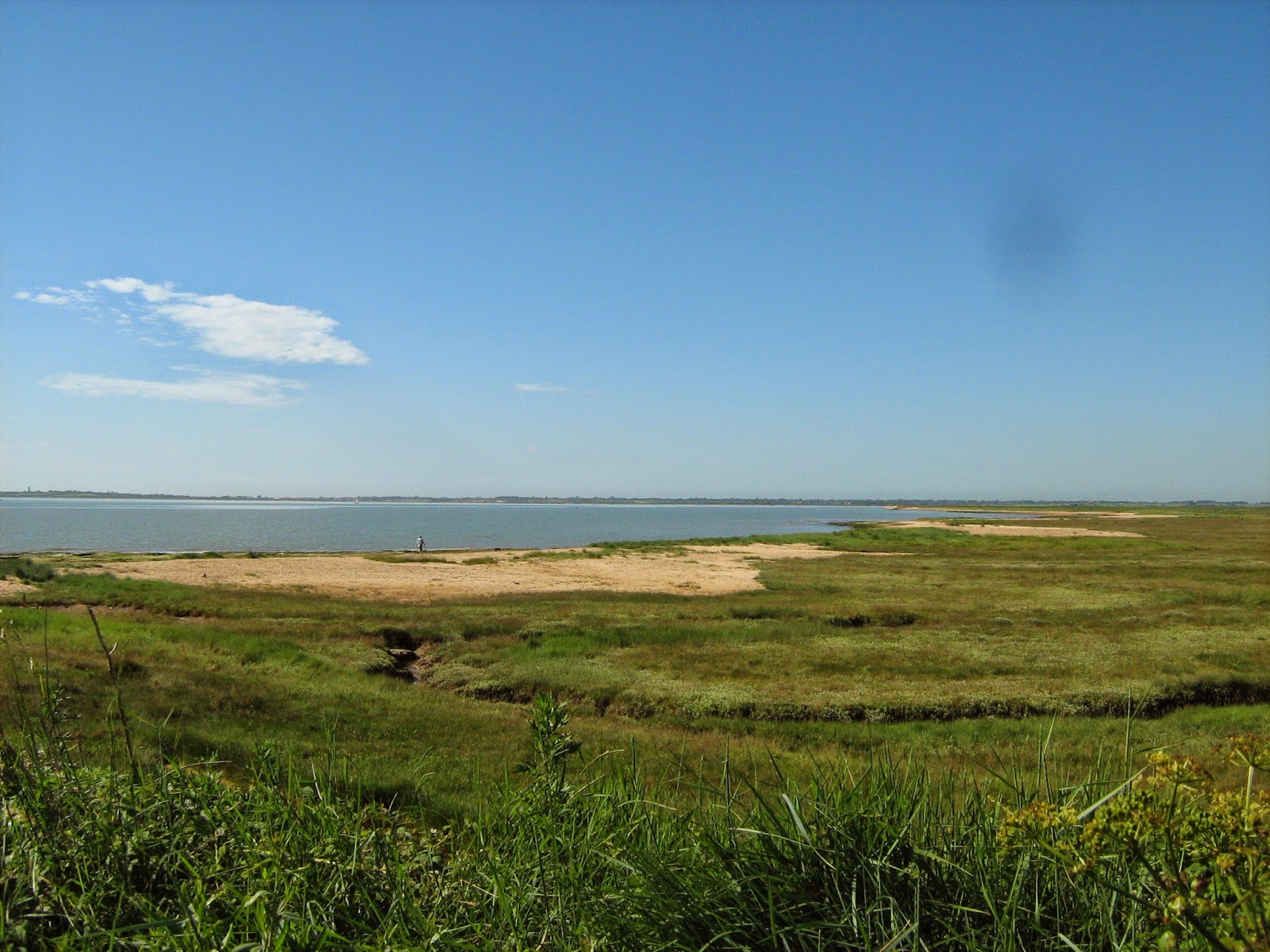 You may notice the blob on my camera lens. Well I’ve found a way to get rid of it!

I love my little Canon camera, but I have given in and treated myself to a new one. I have stuck with Canon and my new one is a tiny compact digital camera. No more blob!

And here’s my first photo! Not a blob to be seen. 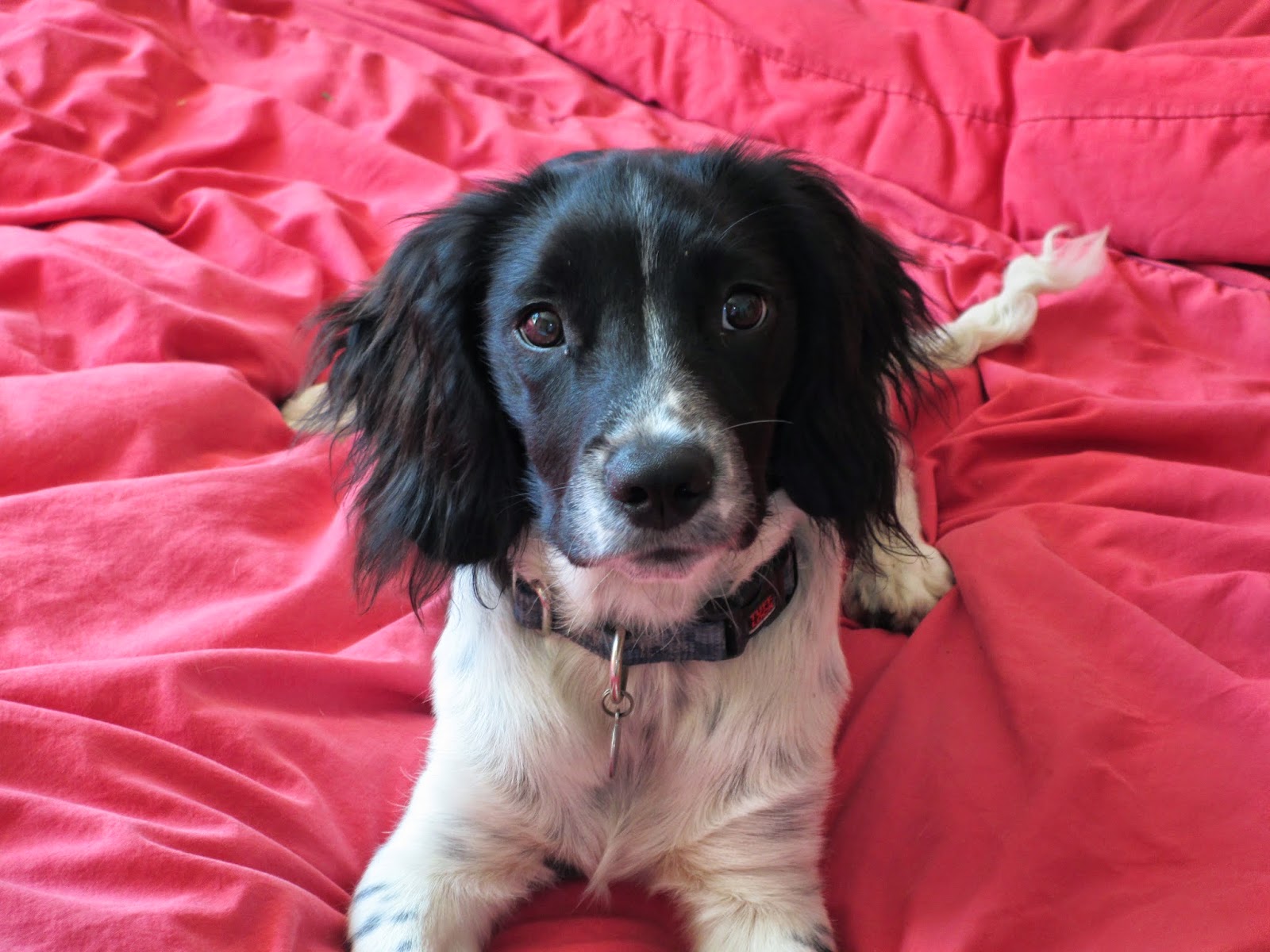 Hope you are enjoying the June sunshine.

This month featuring two of my granddaughters.

First of all one of the 6 year olds: 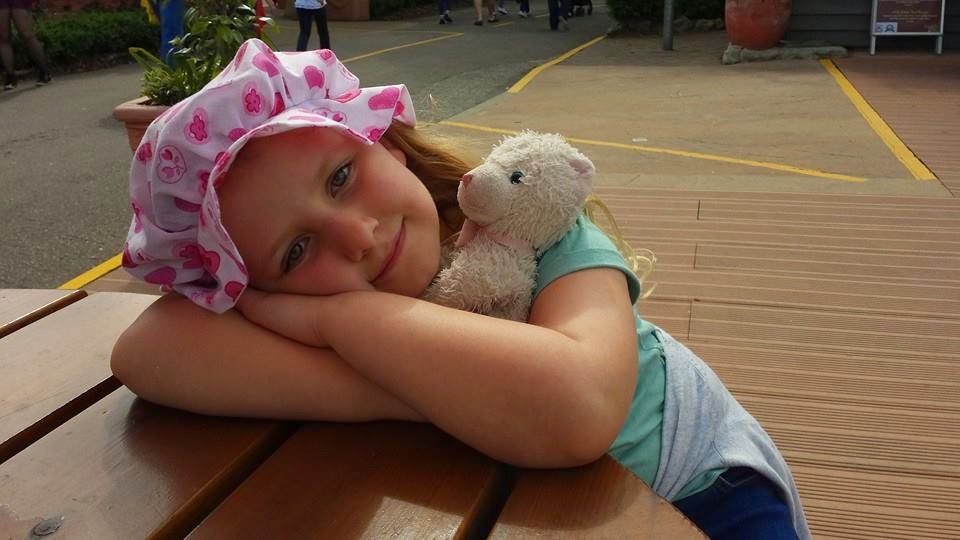 “Would you like to come to the beach with Dusty?”
“Yes. I will wear my pirate dress.”
“You should wear trousers.”
“But I want to wear my dress.”
“The wind might blow your dress over your head, then everyone will see your knickers.”
“No they won’t.” Long pause and that look they give you that makes you feel like an idiot. “I’m not wearing any.”

And here she is at the beach – in a full complement of clothes. 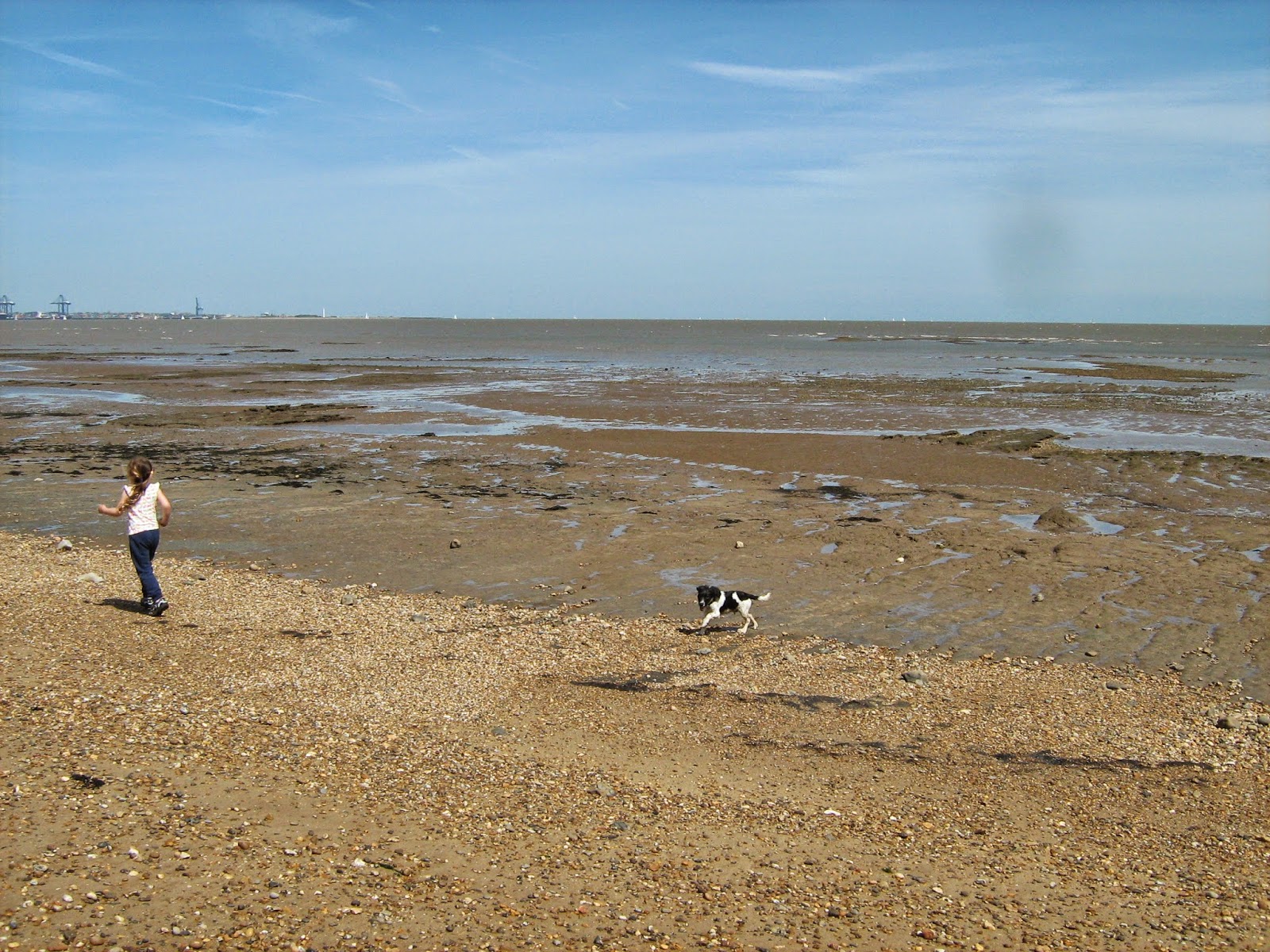