Harley has been back to the vet for her post op check. They even phoned during the week to ask if I had any worries or concerns. Wasn’t that nice?

Anyway she’s absolutely fine and when the weather warms up and her fur grows back she’ll be able to go outside. Gulp! Dreading that to be honest. Fizz used to go out in the garden with Indy before she was spayed, but she’d always stay close by his side. Harley has never been outside – not since she was thrown over the sea wall anyway.

You can hardly see the scar! 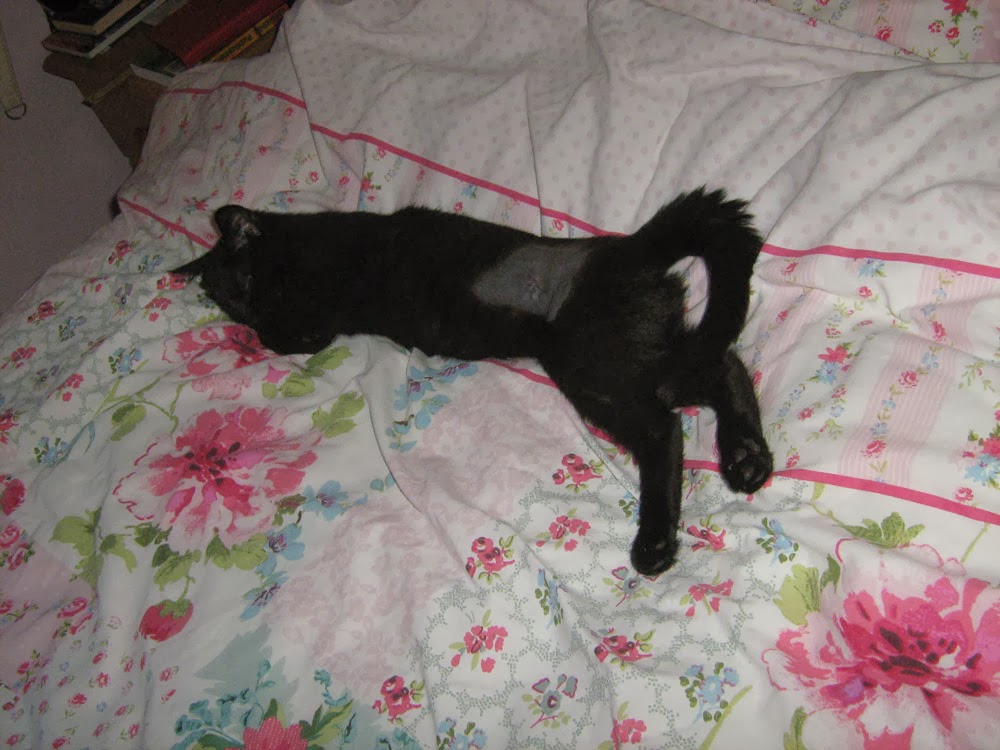 Just had a quick look through my diary from this time last year. We’d already had quite a lot of snow by now. Not trying to tempt fate or anything, but if all the rain we’ve had had fallen as snow we’d be up to our armpits by now.

To cheer me up because the cold was getting me down, my beloved bought me The Secret Life of Bees on dvd and I enjoyed it very much. He even steeled himself to watch it with me (he was a bit alarmed by the warning that said “Contains moderate violence and emotionally intense scenes” – he tends to steer clear of emotionally intense films/TV/situations). I thought it was very good, not as good as the book, but films-of seldom are. Queen Latifa was just perfect as August Boatwright, in fact I thought the whole cast were brilliant. I was very glad to see one of my favourite actresses, Sophie Okonedo as May Boatwright too.

My cold is gone! Not sure whether it was the film, the Jack Daniels and coke at bedtime, the Vicks rubbed on the feet or the home made onion and Demerara syrup, but go it did (I probably scared it off!).

Now reading Grandad, There’s A Head On The Beach (A Jim Juree novel) by Colin Cotterill. Now there’s an author who is guaranteed to make you forget the outside world and put a smile on your face! 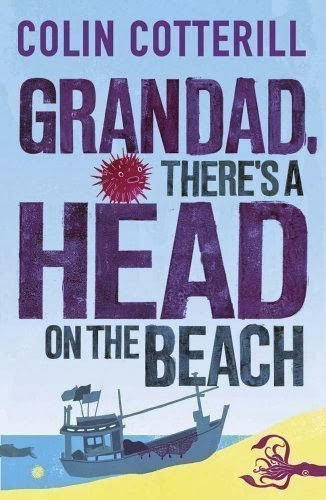 And I am delighted to be included in Jerry's "A Sunday Drive" over at As The Crackerhead Crumbles. Thank you, Jerry!
Posted by Teresa Ashby at 10:27 24 comments:

On Thursday, Harley went in to be spayed. When we picked her up after, the nurse advised us to keep her and Fizz apart for the first night and said Fizz might be a bit hissy as Harley would smell of the vet’s. We planned to anyway. They play very rough.

There was a lot of hissing and a squirrel’s tail when we got home – from Fizz...

I have yet to hear Harley hiss or growl. Then Harley spent most of the evening asleep. Now she is back to her usual bouncy self and trying desperately to get Fizz to play with her. We’re only letting them be together under supervision though.

I’ve never had a cat with attitude like Fizz before (sweet as she is). I thought it was because she was female (I’ve always had male cats), but Harley is extremely laid back and easy going so I guess it isn’t that (and yes, that's a pair of my socks she's cuddled up with). 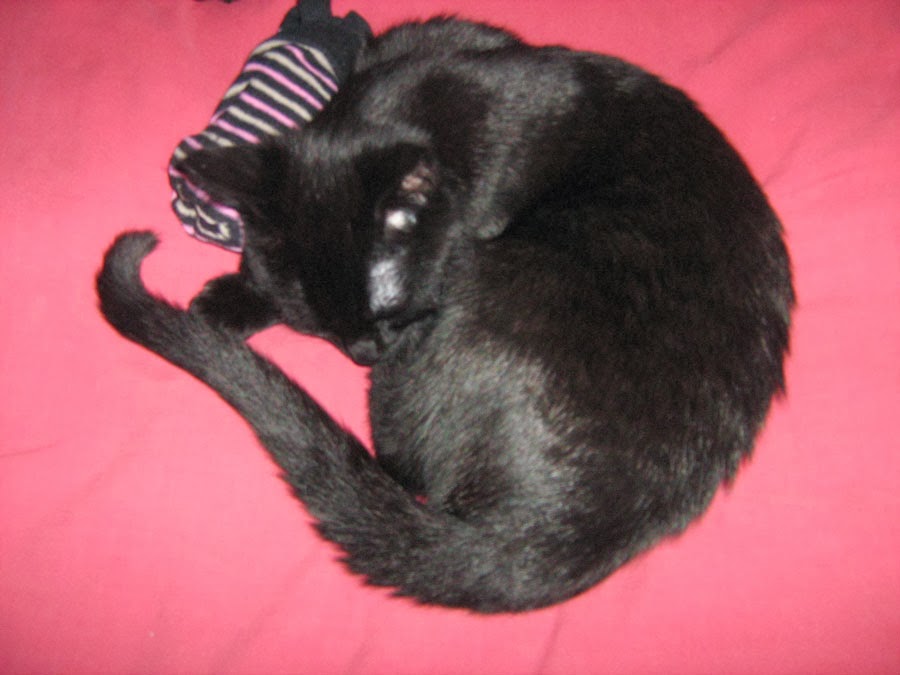 People tend to think Harley is a boy because of her name. She came by it because after she and her brother were rescued by Paws and Mittens, they were named Harley and Quinn (after the Joker’s sidekick in Batman, Harley Quinn).

She suits the name though because she purrs like this!

I have never known a cat that purrs so much! You only have to look at her and off she goes.

I still have the cold. I can’t remember the last time I had anything that hung on like this or a cough that kept me awake most of the night. Not that I’m moaning. Well, maybe a little bit. I’m just fed up with it now.

At least I finished the book about the avian flu pandemic. Thank goodness! Sitting up in bed in the wee small hours coughing my guts up reading about people coughing their guts up and dropping dead wasn’t exactly comforting reading.

Now I’m reading A Book of Horrors which I bought for 92 pence on Kindle. It’s quite a mixed bag of stories and there are a few I haven't finished, but I felt the Stephen King story alone made it worth the purchase. I also enjoyed the story by John Ajvide Lindqvist and I haven’t finished the anthology yet.* 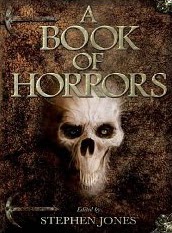 I think I need to read something funny next!

*Since writing this post, I've now read stories by Ramsey Campbell, Robert Shearman and Lisa Tuttle in A Book of Horrors and I am very pleased I bought it, especially at such a good price.

The Secret Life of Bees 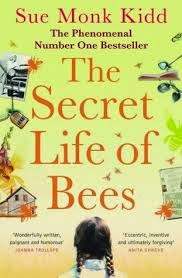 I have struggled to think of something to blog about and finally it hit me. Before Christmas I was pointed towards The Secret Life of Bees by Sue Monk Kidd (thank you, Deb).

I’d never heard of it, nor had I heard of the film of the book. But it was one of those novels that as soon as I started reading, I just knew I was going to love it. I couldn’t put it down and when I finished it, I was so disappointed – that it had to end.

What a lovely book, brimming with real characters that you can see and hear. I will take character over plot any day, but this book has both. I shan’t summarise it here as I’m not great at reviewing books, but you can read more about it on Amazon.

It has certainly rekindled my love of reading which has been dwindling in recent months. It is the quickest I’ve read anything in a long time.

And I love bees. Once a swarm of honey bees descended on our house and set up shop in the firethorn in the front garden. A local beekeeper collected them – he got them to move into a box which took a few hours. He said it was a big swarm with up to 50,000 bees.

I’m reading currently reading a book about a bird flu pandemic hm! Not a good choice when I have a cold, sore throat and cough!!

I just want to say a big thank you to everyone who left messages here and also emailed and sent personal messages about Indy. I was completely overwhelmed by your kindness. It is sadly something we all go through and it never gets easier. It was a blog post I had dreaded writing, but knew the day would come and I knew in my heart before Christmas that we didn’t have long.

We had a card from our vet, Tom in which he said Indy was one of the gentlest dogs he’d ever had the privilege to treat. What a lovely tribute to him.