It’s kind of flat. And dazzley. Chilly and muted. It’s an important month. A quiet month. A going back to school month. The month that I got married a long, long time ago.

It’s the month when the sun drops in the sky and the mornings turn yellow. There is something special about September sunshine don’t you think? Particularly in the early evening with those long shadows.

The fields are full of tractors ploughing the earth to glorious deep brown speckled with worm hunting seagulls. And there’s that rich smell of fertile soil in the air. One field planted just over a week ago already has a green bloom. 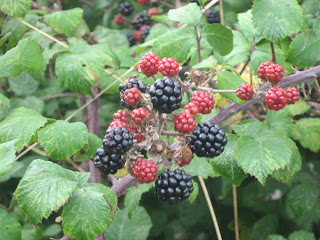 I’ve been picking blackberries, but they’re all eaten before we get home and the kids have purple stained faces and fingers and I’m picking blackberry pips out of my teeth. Yes I know they should be washed, but you can’t beat eating fruit right off the bush – and they all know never to pick the fruit down low.

We’ve had Jupiter in full view, a harvest moon and a proper Indian Summer.

No other month smells like September in the morning. I don’t know what the smell is, but it sticks to the back of the throat and you can taste it. Spiders webs are everywhere and on a foggy morning they glimmer in the hedges.

Cars wake up covered in dew and swallows swoop low across the fields getting ready to leave.

It’s still not cold enough to close the bedroom windows at night so in come the daddy long legs to flap round the lights.

And of course there is the annual invasion of the house spiders. Conkers anyone?

The beaches are empty, the play parks stand quiet, the 9 o’clock roads busy up with the school run.

To be honest I’m feeling a bit flat myself, but a lot of people seem to be feeling that way. The summer arrived too soon and left too early and then it came back again and took everyone by surprise.

I haven’t blogged because I’ve nothing to blog about. I’ve fallen behind with my blog reading and quite a few other things besides. In fact I feel as if I’ve crawled through September while the days have passed me by at frightening speed.

I feel saddened by the news that huge factory farms are planned for the UK where thousands of cows will be kept shut in. And you can’t look at the news any day without there being some new and horrible case of cruelty to animals or children.

You wonder if some people have any heart at all.

And I’ve learned something. I always thought fox poo was difficult to get out of a dog’s fur. Well it is. But trying to get it out of a 3 year old’s trainer is even harder. Said trainer was hosed, disinfected, washed in hot water and Fairy Liquid, disinfected again and it looked clean, but the smell lingers on.

This is where I have to heave a sigh and say I’d best go and get on. Get on with what I don’t know. I wonder what October will be like.
Posted by Teresa Ashby at 10:43 15 comments: 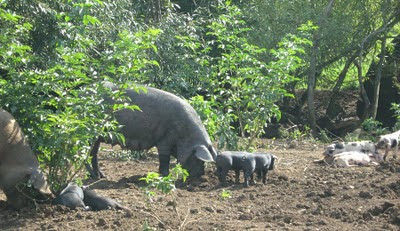 Last night for reasons unknown, I closed the Word document I’d been working on and when it asked “Save changes?” I clicked NO.

This isn’t the first time which is why normally I am very careful before clicking on anything. Think before you click!

Sadly I’ve done things like this so many times now that instead of screaming and tearing my hair out and throwing things at anyone who asks what’s wrong, I just shrug and start again.

Anyway, off to the great cyber nowhere went my story. But all is not lost. I was nowhere near finishing it and so it is still there in my mind. All I have to do now is actually get it into the Word document and keep it there. 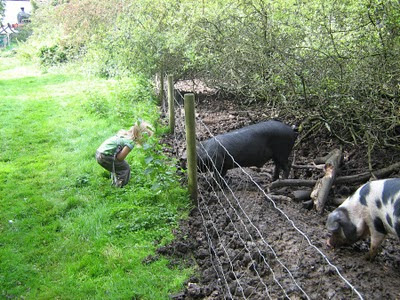 Last weekend I spent a lot of writing time editing a story. I changed a bit here, twiddled a bit there, fiddled and faffed and eventually felt happy enough to print it out. It was only when I went to write it down on my list that I realised I’d already written it down on my list as subbed – a month previously.

So I had wasted time editing a story that I’d already sent out. The fact that it had a title at the beginning and the word count and © at the end should have been a clue! No matter, I thought, I will have copied the original onto my second hard drive.

Except I hadn’t quite got round to it – well I’ve been busy blah blah . . . excuses, excuses.

For the first time in my life I found myself hoping for a rejection. Because the magazine I’d sent the story to asks for Word copies if they take a story.
Anyway, I needn’t have worried. The story came winging back to me this week with the standard rejection letter and so the nice shiny new version has been sent elsewhere and yes, this time I have kept a spare copy.

It also occurred to me that if I had to spend all that time rewriting and improving that story, then it wasn’t ready to be sent out in the first place.

Pictures are from the Colne Valley Railway and Farm Park at Castle Hedingham. The kids had been asking to go back there so that was where we spent the last day of the summer holidays on Wednesday. 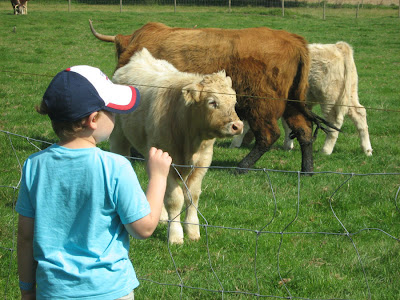 Ooh and while we were watching the cows watching us, a small plane appeared overhead and did loop the loops, steep climbs and dives and kept us entertained for quite a while! It was like watching our own private little air show.
Posted by Teresa Ashby at 15:28 19 comments: