I just popped in to keep the blog going because I’ve seen what happens when neglected blogs get taken over and sometimes it ain’t pretty.

Tinks has settled in. 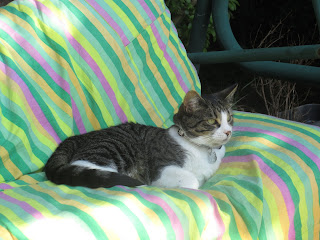 It took less than two weeks and it’s as if she’s always been here. The only downside is that she is an efficient hunter (maybe she had to fend for herself in the past – who knows?). Tinks now has an extra noisy bell on her collar. She’s a bit embarrassed I think, but it’s for the greater good.

Harley never catches anything. She chased a frog the other day, but didn’t attempt to catch him so I hid him away in the shade as he would have had no idea he was being followed by a pacifist cat so would have been terrified, poor thing.

Every afternoon I go for a walk before I pick the kids up from school. My walk often takes me through the cemetery. Yesterday I decided to sit for a while in the shade of a tree and gather my thoughts, but by the time I got to the school, my thoughts had scattered all over the place again. 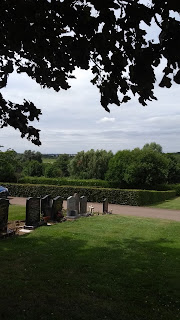