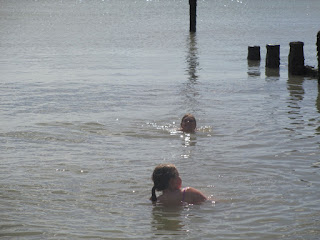 I watched a Thames barge both days – they are my absolute favourite of all the sailed vessels and the photo just so happened to include the Stone Pier – taken from the Dovercourt side. And in the background you can see Landguard fort at Felixstowe. It’s right next to the port, but is a surprisingly quiet and peaceful place to visit. The Landguard Peninsula is a site of special scientific interest and we’re hoping to go over there sometime during the holidays, although the time is going so fast, I’m not sure we’ll be able to do everything we wanted to do.

I also took some photos of the Dovercourt leading lights which replaced those at Harwich – mentioned in an earlier post. 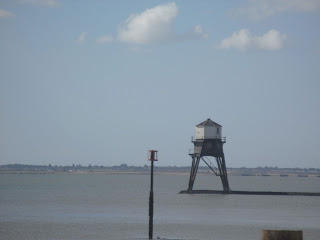 We watched some races. Well I did. The little people were watching jellyfish. A big one swam lazily by as if it had come to have a look at the odd noisy creatures in the water. I didn’t get a photo of it as I was in the water at the time. 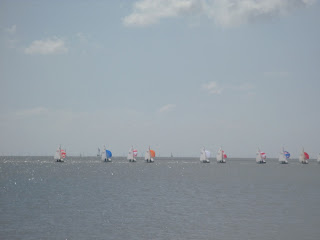 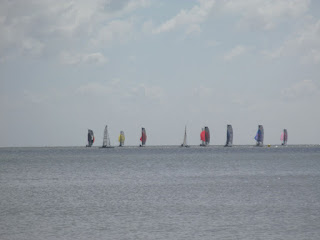 While we were there, the Stena Britannica went out.  The Britannica and her sister ship the Stena Hollandica are the two largestsuperferries in the world and there are two sailings a day from Harwich to the Hook of Holland. They’re nowhere near as big as some of the cruise ships that have come in here, but they are big for ferries.

You can just see the ferry beyond Felixstowe on its way to the Hook.

Hope you are having a lovely summer - after a shaky start, it's turned out really lovely.