Last Sunday, Dusty was not at all well. Listless and lethargic and then it came up – a swelling under his mouth again. It didn’t seem as big or as bad as before and he wasn’t doing the alarming head twitching this time.

These photos were taken the first time he had the swelling. You can see by the way his ears are down and his eyes so dull that he was in pain. 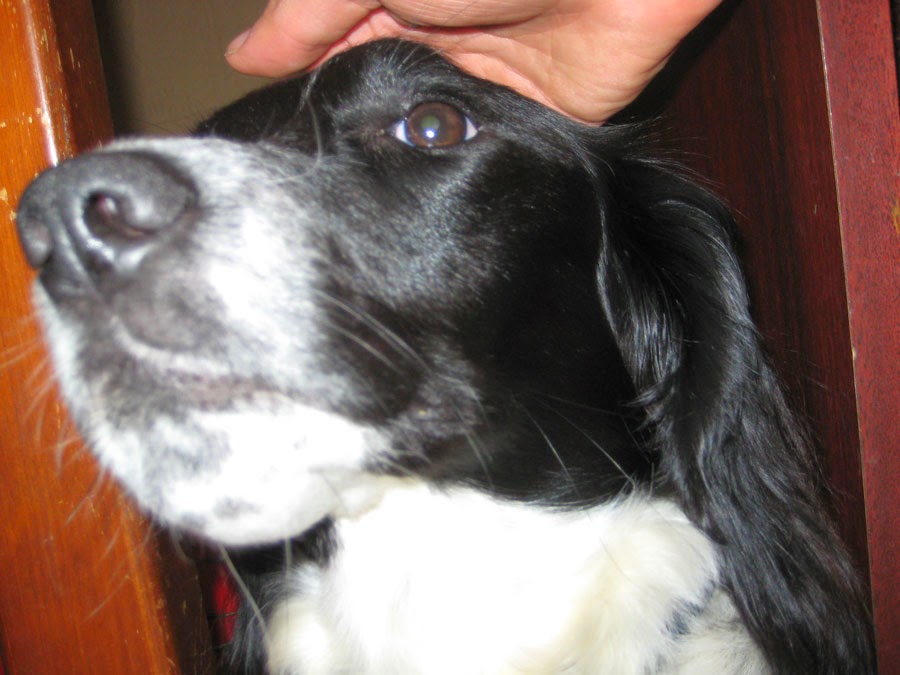 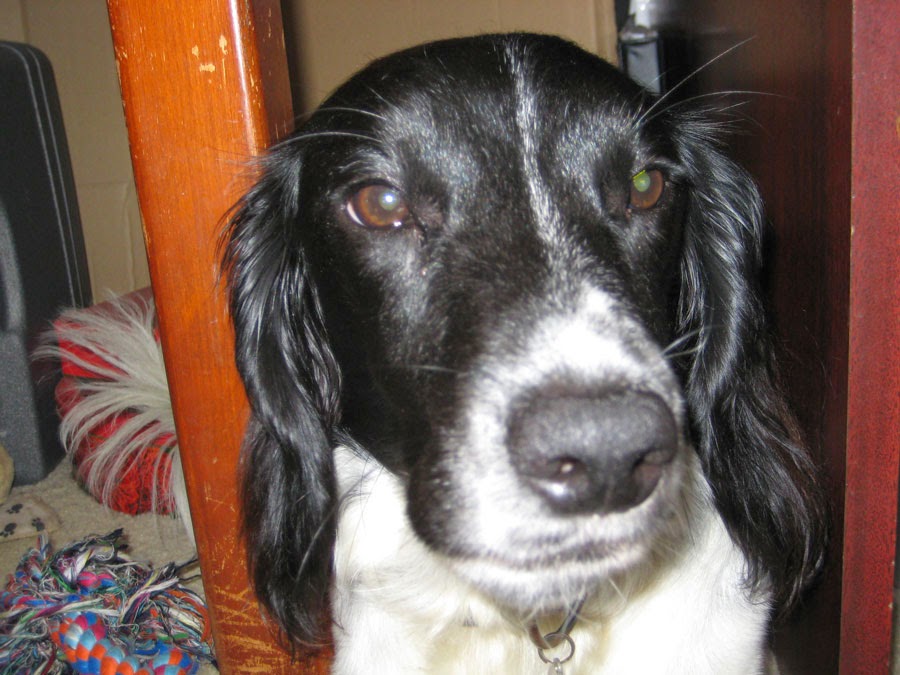 I had one painkiller left from last time, so I gave him that to tide him over till we could see the vet and he perked up. On Monday we trotted off to the surgery and he was booked in for an operation on Tuesday and given more painkillers and antibiotics. This time when the vet pressed his gum, something nasty oozed out.

Tom (who cared so well for Tilly and Indy) saw him when I booked him in on Tuesday morning and was concerned that the Rimadyl hadn’t lowered his temperature which was still very high. He said he’d do blood tests to see if anything else was going on, plus X Rays of his teeth.

It was a very long day.

My oldest grandson, who is just 9, had come with me to take Dusty to the surgery in the morning and insisted on coming back with me to pick him up that evening. I said I didn’t want him to come in, in case it was bad news. He said, “That’s why I want to come in with you. You’ve had a lot of bad news lately.” I was so proud of him and realised in that moment just how grown up he's become.

Jo showed us the X Rays. Nothing wrong with Dusty’s teeth, but an infection had set up underneath one and his blood tests indicated it might have reached his bone. They removed a tooth as it was acting as an incubator for the infection.

He’s now on very powerful antibiotics for three weeks and may need another three week course when that finishes. It’s possible that on one of his chewing sprees (like all puppies, he loves to chew) he has had a splinter go in and set up the infection.

But for now we watch and wait and hope the antibiotics do their work.

I wasn’t going to blog about this, but he does seem improved today if the way he’s been bouncing around is anything to go by. 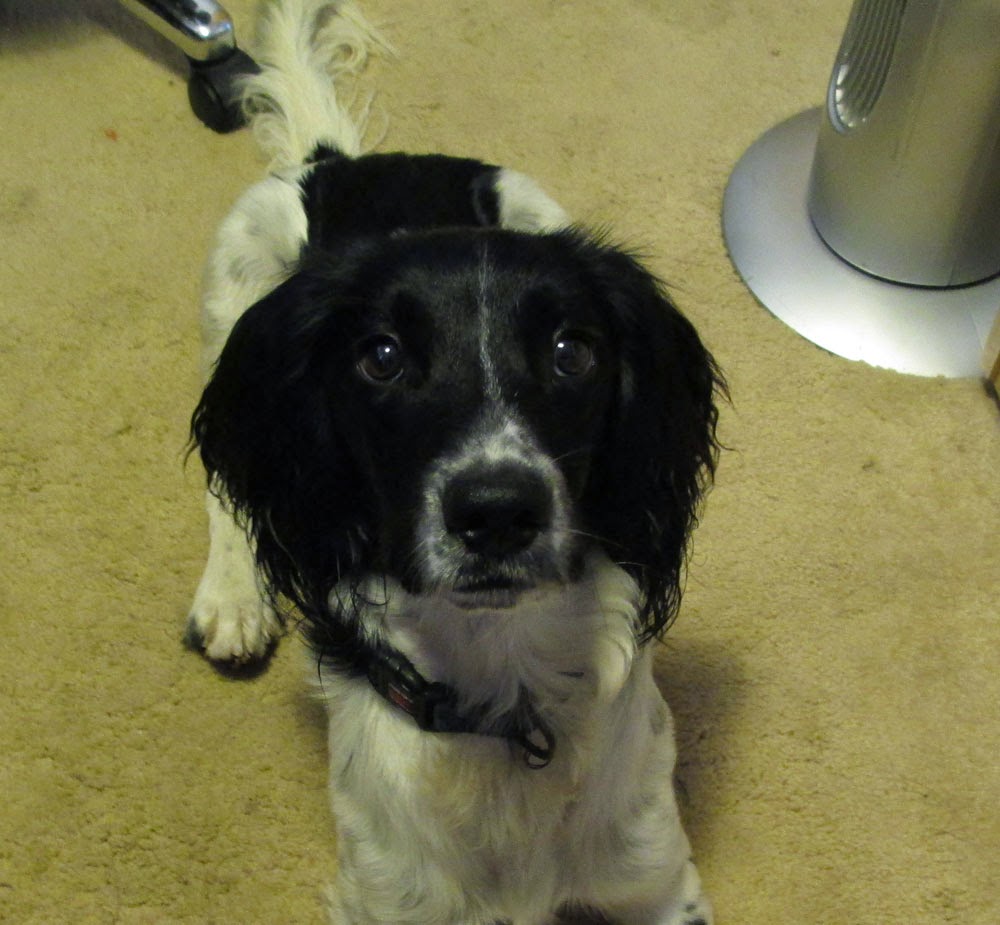 He’s not been off his food at all either and boy was he hungry when we got him home!

There was a lot of information to take in, but Lachlan remembered everything Jo said – and Dusty was very happy to see one of his little people had come to bring him home. Not that he’s such a little person now. He’s very grown up and I was very glad to have him there with me.

Harley says she can't believe that on the day after National Cat Day I'm blogging about a dog! (Even if she was very concerned about him!). 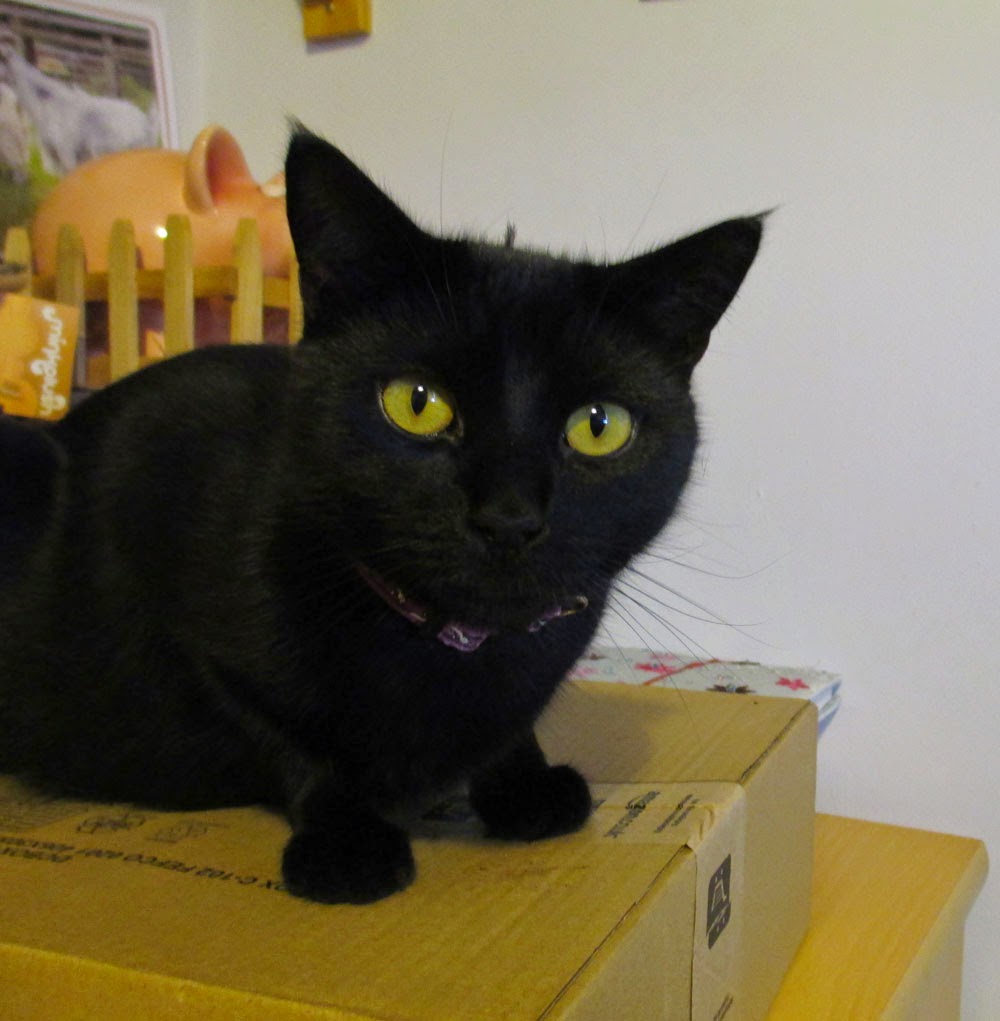 But yet again, October, I will be very pleased to see the back of you!