Sorry – it’s another fishy one, but bear with me – there’s a writerly bit at the end!

This is another rare find on the beach. I always thought it was some sort of extra-large cockle. Whenever we found one, we’d yell, “I’ve found a Shell shell!” 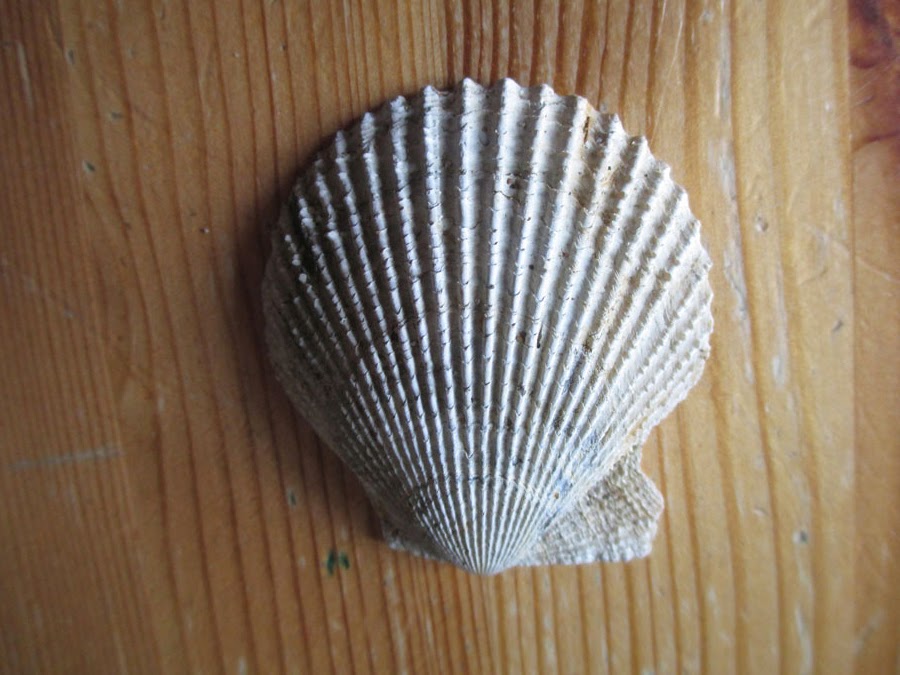 Well, my extra-large cockle is a Pecten (scallop).  Pecten is from the Roman meaning comb or rake. You can see why it was so called.

Here’s another interesting fact: Scallops have up to 100 bright blue eyes around the edges of the two mantles.

They really are fascinating creatures and you can read more about them here.

Meanwhile, back on the beach we found this. 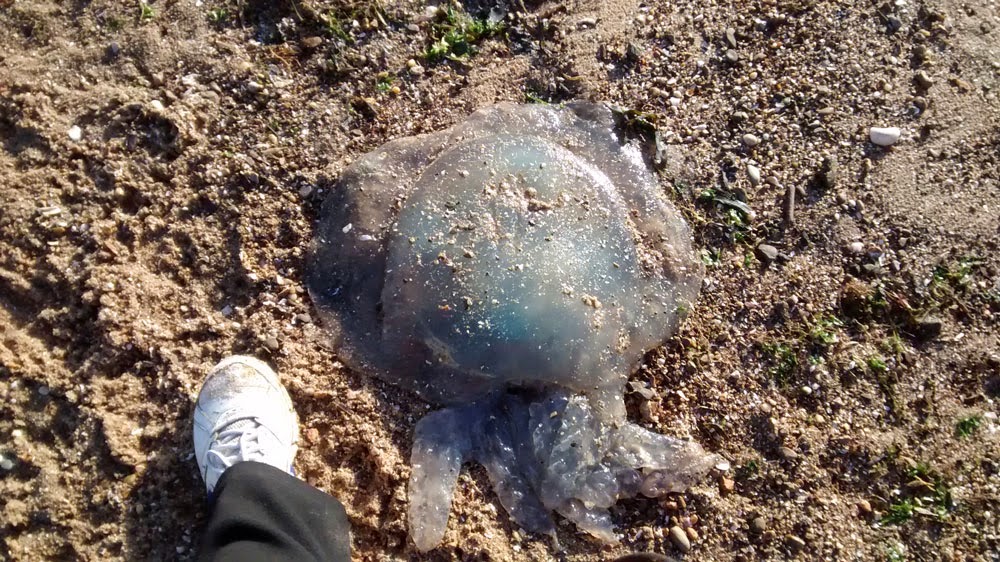 Big fellow isn’t he? That’s my size six foot in the photo to give some perspective. The tide was almost in, so he must have been there all night, poor thing.

I had never heard of Barrel Jellyfish until I did a bit of research. They’re more likely to be found in the Irish sea, but apparently earlier this year they fetched up round the Cornish coast. They are harmless, peaceful creatures and a favourite food of the Leatherback Turtle.

You know what all this is don’t you? Procrastination. I’ve rag dolls and dresses to make and stories to write, but I’m baking desserts and writing about sea life.

But here’s an article which may be of interest to you writers, “Why Writers are the Worst Procrastinators.”  Actually I think we are the best procrastinators. No one does it better.

It’s a very good article all the same and I really identify with Imposter Syndrome (fear of being found out as incompetent). I know a lot of other writers who feel the same - just waiting for that moment when someone points at you and says, "Hang on a minute, you're not a writer, you're just... you!"

So to distract you from my incompetency, here’s a picture of Naughty and Naughtier during a rare moment of restfulness (note who gets the cushion - the boss of course!). 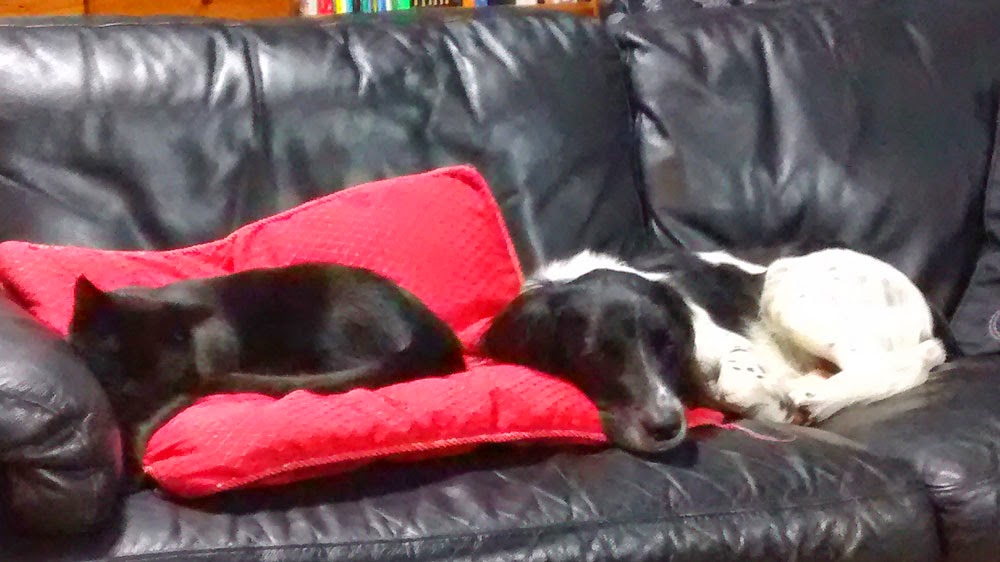