Tardy - that will be me.

I love that word – tardy. And that’s just what I’ve been with regard to blogging and reading blogs. And I think I may be tardy for a little longer.

It’s been a busy few weeks. For the first full week of the summer holidays I looked after six grandchildren. Their ages, 4, 5, 6, 7, 8 and 10. I know – I’m missing a 9 and I do like things to be neat. Too late now. And by the end of this month I’ll have no 7 but two 8s. The time passes a lot faster than it did when my kids were growing up.

We had a lovely week. We went crabbing twice, but after putting the caught crabs in the bucket and admiring them, we let them go straight away. It seems cruel to hold them in a bucket for any period of time and dangerous for the smaller crabs too. 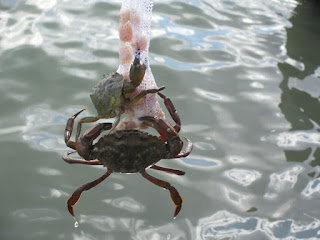 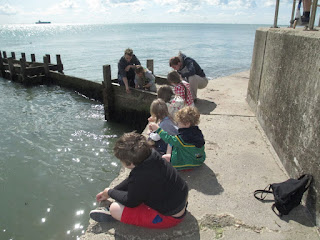 When we'd finished, we fed the leftover bait to the gulls. No one will ever convince me that these birds should be culled and I hope this government will leave them alone or we'll have no wildlife left. 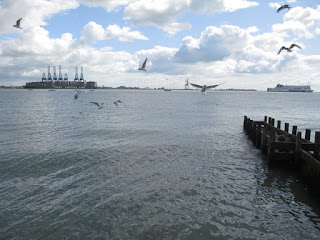 I took them to Mistley Place Park, a local rescue centre where they fell in love with goats, pigs, alpaca and well, everything really! If ever you're in the area, it's well worth a visit. Mistley is famous for its swans. It is also the home of Old Knobbley. Matthew Hopkins, the Witchfinder General, is buried there. 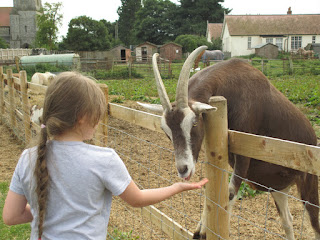 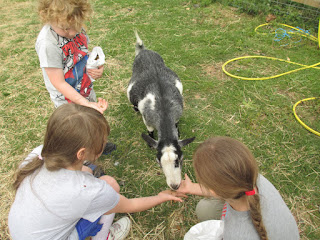 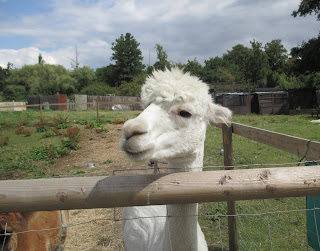 And of course there was the beach and swimming – pool and sea. It wasn't as murky as it looks - the water was very clear which is usually a sign that it's cold! 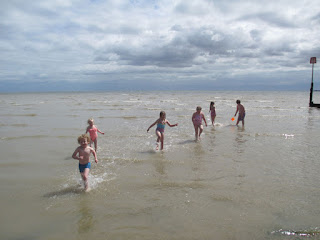 We did tie-dyeing too which was fun and I was the only one that got dyed. I have a tiny blue mark on one of my fingernails which no amount of washing will shift. 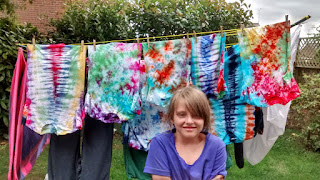 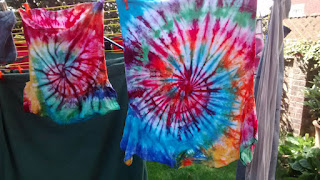 I used to tie-dye T shirts in the 70s but in a completely different way. It would involve lots of rubber bands, my mum’s big Dutch pot and only one colour used. Because there was a lot of dye, friends would come round and we’d cook our T shirts together in the same pot.

I’ve seen the ENT consultant who looked at my sinuses with a camera on a tube thingy and said they were lovely and healthy! Well that was a surprise. I had to go back for a CT scan and I’m awaiting the results of that.

Harley will be two this month. We don’t know her exact birth date, but we chose the 28th August.

Here’s a photo of her when she was a kitten. 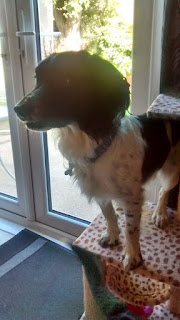 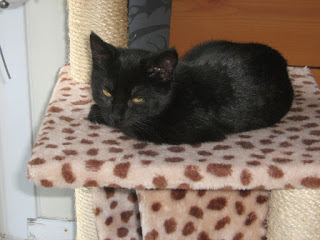 It’s not just grandchildren that grow up faster these days! 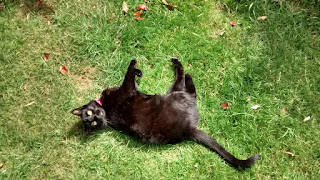 All right, Dusty – I won’t forget you. This summer Dusty has mostly been in the sea (and on Harley’s kitty thingy) and playing with his best friend, Poppy who stayed with us all last week. He couldn't believe his luck having her for sleepovers every day! 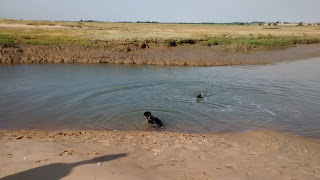 After my tardy summer, I hope to return to regular blogging in September - but who knows, things happen and change and the best laid plans and all that...