I thought I was going to struggle for a giggle after the past week or so, but the Other Half came up trumps yesterday!

BUT, everyone is okay and everything turned out all right and that is something to smile about.

We went to Cambridgeshire yesterday, prepared to leave Dusty for the scan and/or soft tissue surgery, but miraculously the swelling went down – a few hours after Jo referred him as it happens. I didn’t cancel because I was worried he’d puff up again.

So off we went. Sat nav took us almost there – as they do – and we followed the instructions from the vet (having gone through Newmarket and passed hundreds of beautiful race horses, a magnificent statue of a horse in the middle of a roundabout, lots of famous places and posh houses).

We were going to be very early for the appointment and I jokingly said, “Well, we had to allow extra time for when you drive past the place and we have to find our way back.”

So what did he do? “There’s the sign,” he said… as he drove past. We ended up on a dual carriageway heading in the wrong direction. But he found his way back and we were still half an hour early.

Good news was, no scan needed, but the vet we saw very kindly said we were right to keep the appointment because if it does flare up again, we can make another appointment and go straight there for treatment without going through the referral process – but let’s hope we don’t!

As for the toothache – after all the work I’ve had done, the dentist I saw today said it’s not my teeth and now I have to see the doctor… you’ve got to laugh haven’t you?

Oh, while I was at the dentist I noticed their front door was open when I came down the stairs and a man went out without bothering to shut it behind him. Helpfully I closed it. One minute later the man came back, loaded up with boxes only to find the door he’d left open was shut. Oops.

My beautiful oldest granddaughter had a Stone Age day at school where everyone in her year had to dress up. She chose this tartan material herself and as a surprise, I made her a “fur” cloak. 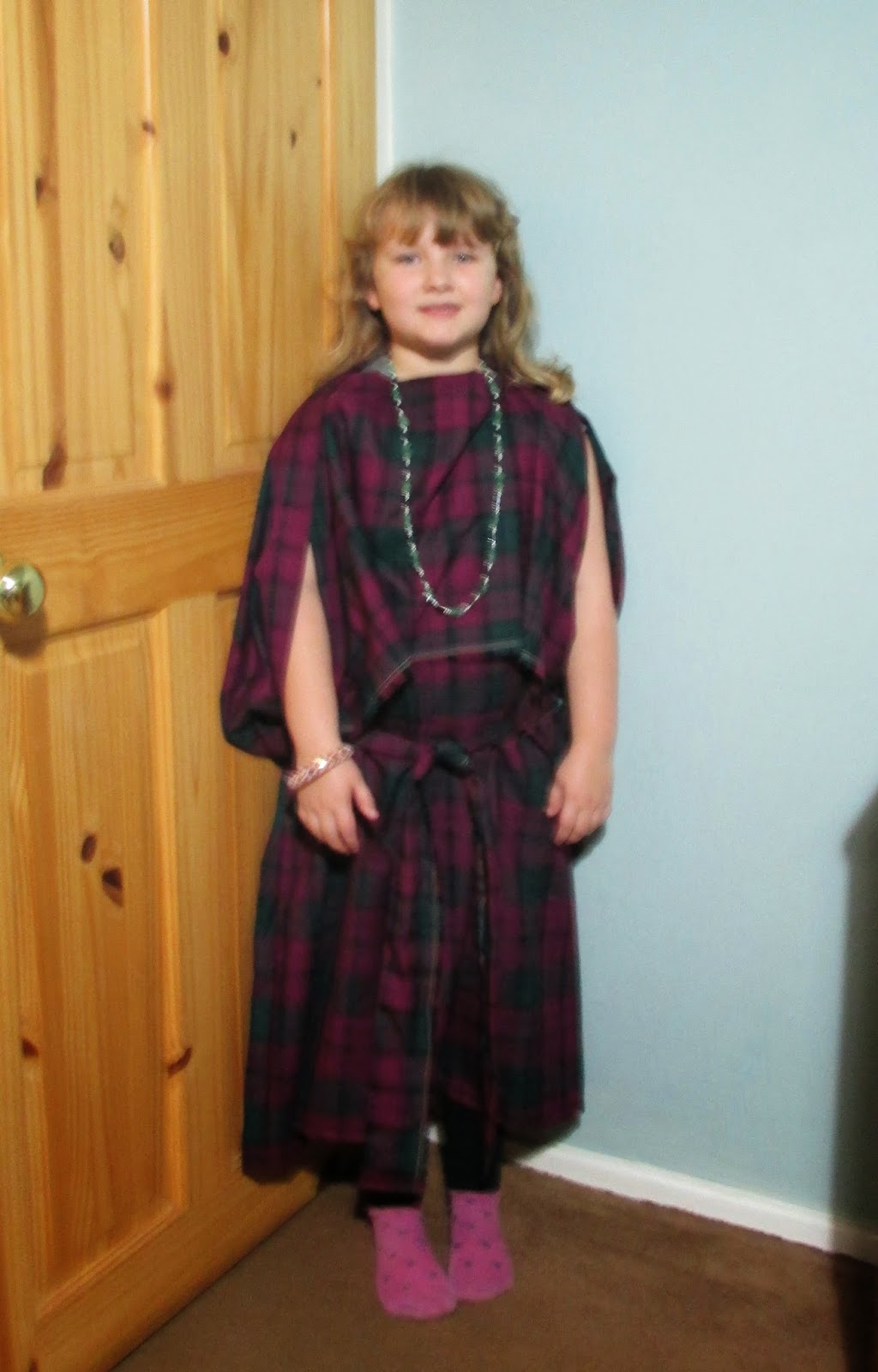 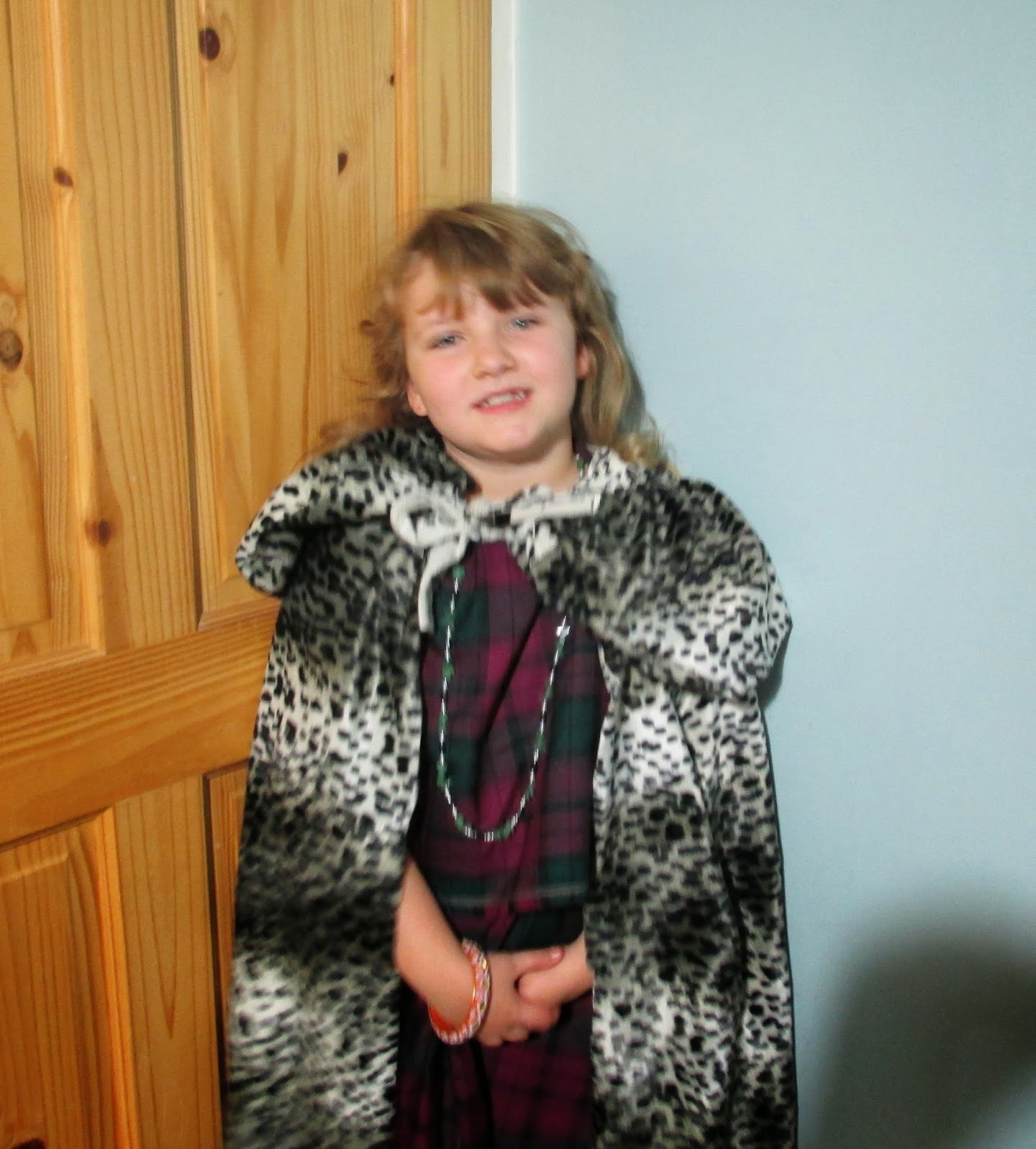 We have decorated for Christmas. So far Harley has been in the tree several times and Dusty has tried to climb in with her. Such fun!