Where Stories Come From 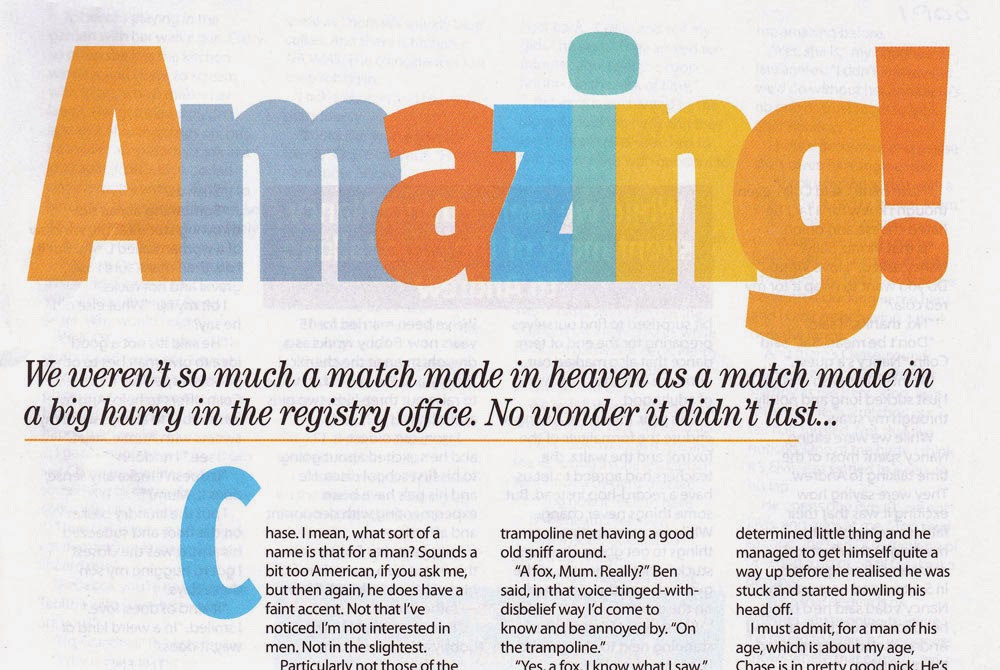 Sometimes stories arrive as a gift. This is how my story, Amazing!, in the Woman’s Weekly Fiction Special (Oct 14), came to be written.

A couple of months ago, Noah was playing in the garden with his water gun and chatting to me as I worked in the kitchen.

I heard a cat mew.

I did a little “Aren’t kids funny” kind of smile and went outside.

Tiger is Noah’s cat. Of course it couldn’t possibly be him. He’s just over a year old, has never been to my house and besides, it’s a twenty minute walk from my house to theirs with a very busy main road and lots of smaller roads in between.

The beautiful tabby cat on the fence mewed a greeting as I went over.

I stroked the cat. “He looks very much like Tiger,” I said. “Identical in fact.”

Well blow me, what a coincidence. He was wearing the same collar and as my eyes fixed on the heart shaped name-tag – identical to Tiger’s, I saw his name. And still my logical mind wouldn’t allow me to believe it.

“Well look at that, he’s called Tiger too.” Then the name tag swung round and I saw the address.

I took him inside while husband and eldest son looked doubtfully at the cat I had kidnapped.

“Did you check his name tag?”

Honestly, did they think I was stupid?! But I’d been just as unbelieving a few minutes before, so I couldn’t blame them.

I texted my daughter at work to let her know and she phoned me and told me that Tiger had been missing for three days. She hadn’t told me because she knew I’d worry.

How did he find his way to our house? We have no idea, but thank goodness he did. I took one photo of him after I brought him indoors. He looks quite unperturbed doesn’t he? He really couldn't understand what all the fuss was about. 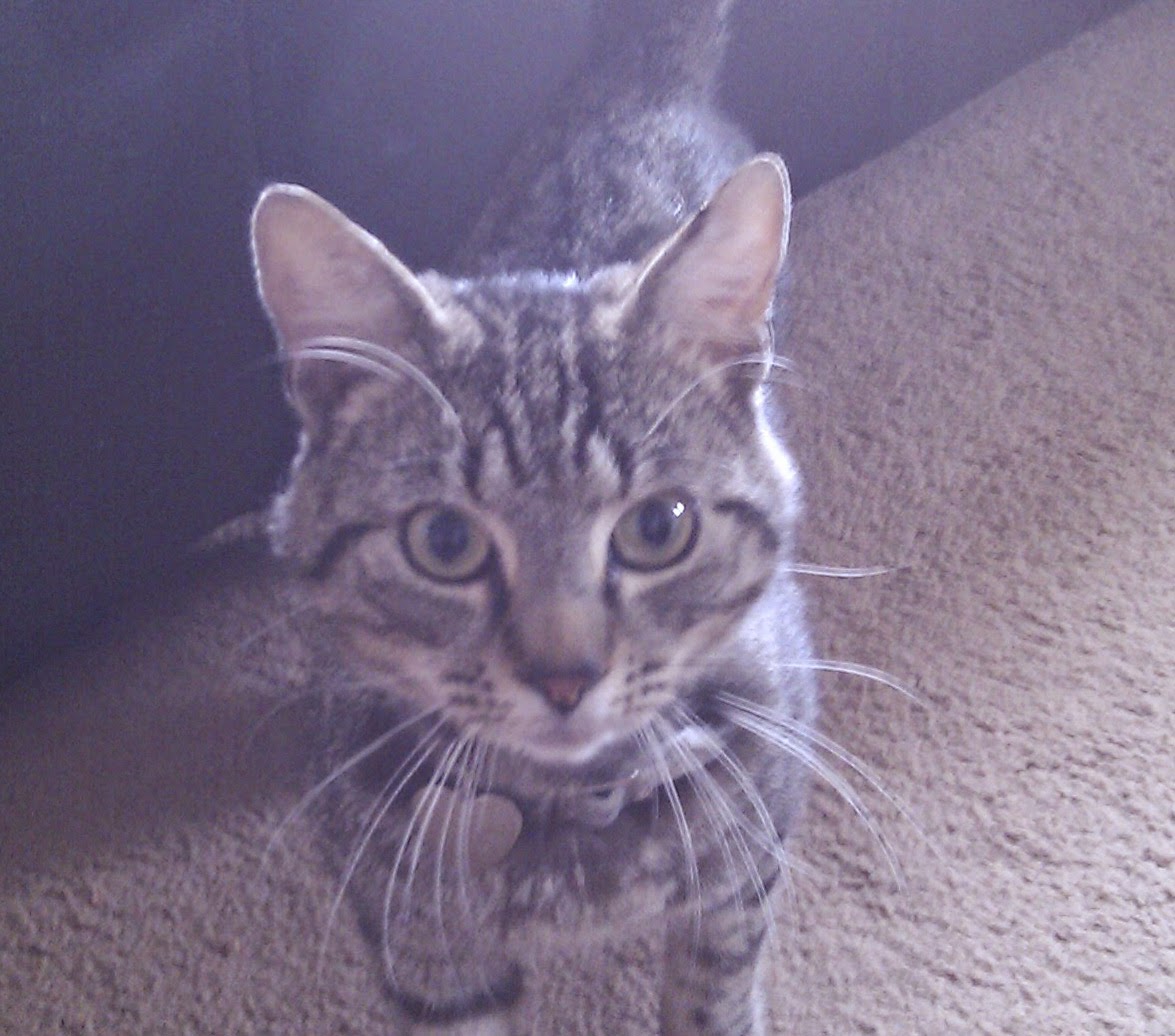 He is an extraordinary cat. He’ll leap into your arms from the floor and wrap his paws round your neck before kissing your face all over. He has a heart condition which has resulted in him being slightly smaller than other cats, but he has a huge personality and he is the most gentle, sweet natured cat you could ever wish to meet. I love him to bits.

I knew I had to get a story from this experience and so I built Amazing! round it. The story isn’t about a remarkable cat, but a woman who has amazing things happening all around her. But the story was gifted to me by a remarkable cat.

You can build a story around almost anything. It doesn’t have to be something amazing or unusual. You’ll know when there is a story there because you’ll feel it. I saw something yesterday, something quite ordinary (a young woman with a buggy), but I know there is a story to be told. I’m just letting it fester at the moment. I’m a great believer in letting your subconscious do some of the work for you and I know eventually a character will appear in my mind and it will be her story I will tell.